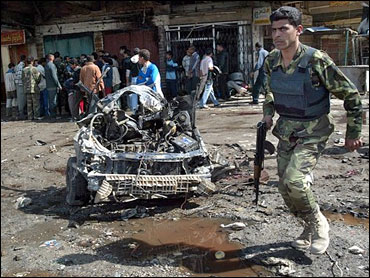 If the early prognosis is any indication, last week's reports by San Francisco 49ers officials on the possible demise of Garrison Hearst may prove premature. Hearst met Monday with Seattle orthopedics specialist Pierce Scranton and came away with some reason for optimism that his career may not be over.

According to agent Pat Dye Jr., the six-year veteran tailback might require only minor surgery that could have Hearst back on the field in eight to 10 weeks.

The Niners medical staff feared that Hearst, 28, suffered from avascular necrosis, the condition that forced the early retirement of running back Bo Jackson from the Raiders. Hearst fractured his ankle on the first play of the 49ers' playoff loss at Atlanta on Jan. 9. When Hearst manifested symptoms of a stress fracture last month, San Francisco club physician Michael Dillingham performed tests that showed a potential circulatory problem in the ankle joint.

"It's only one doctor and Garrison still has others left to see, but it's encouraging news for us at this point," Dye told SportsLine on Monday afternoon. "I just got off the phone with (Hearst) and he understands none of this is definitive. But he certainly feels a lot better about his situation than he did three or four days ago."

Hearst is scheduled to be examined in New York on Tuesday by prominent foot and ankle specialist Bill Hamilton. There is still a chance Dye will take him to Birmingham, Ala., later in the week to be examined by Dr. James Andrews.

The 49ers continue to talk to representatives for several free agent running backs and could acquire one or more by the end of the week. General manager Bill Walsh made it clear to Dye, the agent said, the 49ers aren't trying to replace Hearst but rather are preparing for the possibility he might not be ready for the start of the season.

The 49ers met last week with Lawrence Phillips and Terry Allen and also worked out Charlie Garner and Harvey Williams. But Walsh made it clear the player he most covets from the foursome is Phillips, who is also being courted by five other teams.

"Relatively speaking, this is good news," Dye said. "If we could have a situation where Garrison misses maybe just the first month (of the season) . . . well, that's better than what we thought we were looking at."

Hearst established a new 49ers franchise rushing record in 1998 with 1,570 rushing yards. In six seasons, he has run for 4,939 yards with three different teams.