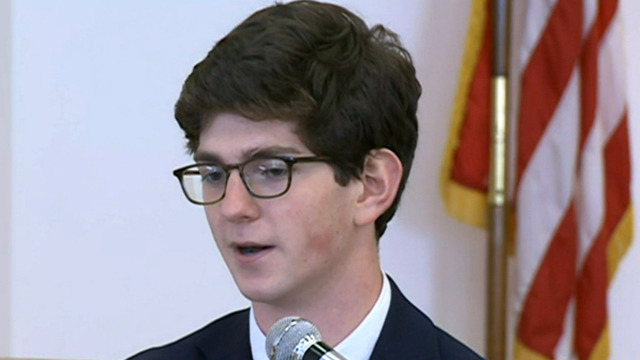 CONCORD, N.H. -- A hearing has been scheduled on a prosecutor's request to revoke bail for a New Hampshire prep school graduate convicted of sexually assaulting a 15-year-old classmate.

Owen Labrie has been living with his mother in Tunbridge, Vt., as he appeals his one-year jail sentence and the requirement that he register as a sex offender. He is supposed to be home between 5 p.m. and 8 a.m. each night, but prosecutor Catherine Ruffle said in court papers Monday that he has violated curfew at least eight times.

A lawyer for the 20-year-old Labrie has declined to comment.

The hearing is scheduled for Friday at the Merrimack County Superior Court.

Labrie was 18 when he was arrested days after graduating from St. Paul's School, an elite prep school in Concord.