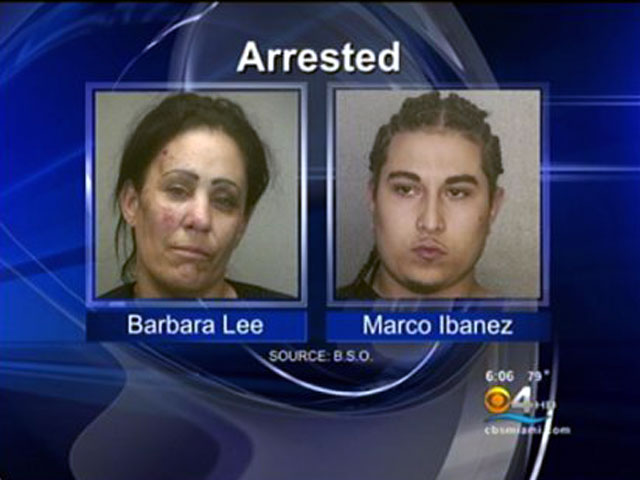 Shuland, 33, and Stewart, 31, were exchanging signs while inside a South Florida nightclub. But Lee misinterpreted the sign language as gang signs, and began "throwing" them back to the two men, police say, according to CBS station WFOR.

The men signaled for Lee to leave, but the 45-year-old woman came back to the club, this time with Marco Ibanez, 18, and another juvenile, reports the station.

Police say just before 5 a.m. a fight ensued, ending with the two hearing impaired men being rushed to the hospital with stab wounds, the station reports.

Cristiansen Matthew, the club's security guard, was cut when Lee allegedly broke a champagne bottle and sliced his hand and head open with the sharp end, police stated in the arrest report.

Both Lee and Ibanez have been charged with aggravated battery.  A juvenile suspect was also detained by police, the station reports.