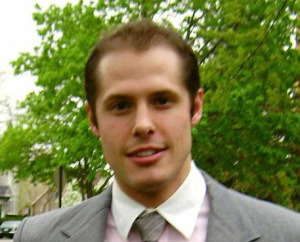 PITTSFIELD TOWNSHIP, Mich. - A probable cause hearing for a man charged in the fatal shooting of a University of Michigan medical student over the summer has been delayed a week.

According to police statements, Jones and 20-year-old Joei Jordan said they snuck into DeWolf's basement bedroom at his medical fraternity during a burglary attempt.  The men claim that the shooting was unintended.

Jones was arrested in November in North Charleston, S.C. He appeared Thursday in district court in Pittsfield Township.

Jones' lawyer James Fifelski says the judge granted the adjournment to let the defense examine evidence offered by the prosecution.

Jordan faces a hearing in the case on Dec. 12. A third suspect hasn't yet been charged.

DeWolf was found dead July 24 at the off-campus medical fraternity in Ann Arbor. The 25-year-old was a native of Schoolcraft in southwestern Michigan and a graduate of Grand Valley State University. He was attending medical school on an Air Force scholarship and held the rank of second lieutenant.