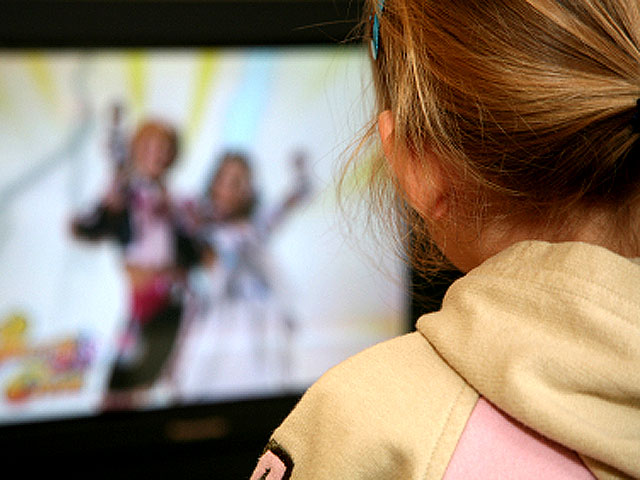 New research out of Australia shows children who spend a lot of time watching TV or playing computer games have medical symptoms of a higher risk for future heart attacks and strokes.

CBS News Medical Correspondent Dr. Jennifer Ashton explained the University of Sydney study looked at TV screen time and changes or narrowing in the blood vessels in the eye. She said the information about the blood vessels is used as a substitute for what may be going on later in the heart.

Ashton said researchers looked at 1,492 kids ages 6 to 7 and surveyed their parents about their TV screen time habits and their exercise habits. Researchers then took pictures of the tiny blood vessels in the back of the eye.

"These are retinal vessels, and (they) measured them," Ashton said. "(They) found that those children who spent more time in front of the TV screens had a greater narrowing of the diameter of those blood vessels, which is a problem, because narrower blood vessels mean less blood flow to the target organs."

"Early Show" co-anchor Erica Hill said, "So that's how there's this connection that they found later in life it could lead to heart issues."

"Correct," Ashton said. "We have to emphasize (that) right now, this is a future risk. But basically, when you talk about the diameter of a coronary artery or the artery supplying the heart of a child, we're talking about something the size of a strand of spaghetti. So any narrowing in a blood vessel that small can result in changes of blood pressure about the equivalent of 10 points higher. So, again, for future risk, this was a significant finding."

Hill noted several studies have indicated there are developmental dangers when it comes to TV viewing, as well.

Psychologist and "Early Show" Contributor Dr. Jennifer Hartstein added that too much TV can lead to school-related problems, such as shorter attention spans.

She added, "It actually demonstrates slower language acquisition in kids who are watching too much TV, not to mention (THAT) violent TV can lead to some aggression, research has shown, and also weight gain -- they're sitting around. One really interesting study shows that the development of the brain can be impacted by all of the over-stimulation of TV, leading kids to be less patient, more impulsive, and have a much harder time because they think life should be rapid-fire. They don't know how to slow down, so it does impact their ability to sit in school and learn what they really need to learn."

But why televisions, in particular?

"(Researchers) are not exactly sure," Ashton said. "... There was something different about staring passively at a TV screen, as compared to, let's say, playing a video game or reading a book. But it's also about not being active and not doing exercise. So, again, it's a combination of both of those factors. And again, this study was significant, because we've known that there are behavioral impacts and consequences to children sitting in front of a TV screen too much. But now, for the first time in children, it's really showing the physical consequences that go along with those behaviors."

So what's the best way to start limiting your child's time? Click on the video below for tips from Ashton and Hartstein: