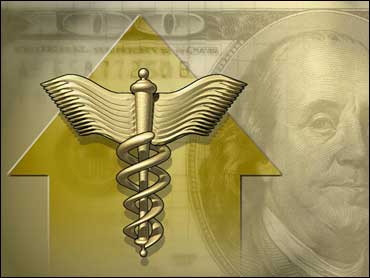 A new government report on medical costs paints a stark picture for President Barack Obama, who is expected to call for a health care overhaul in a speech Tuesday night to a joint session of Congress.

Even before lawmakers start debating how care is delivered to the American people, the report shows the economy is making the job of reform harder.

Health care costs will top $8,000 per person this year, consuming an ever-bigger slice of a shrinking economic pie, says the report by the Department of Health and Human Services, due out Tuesday.

As the recession cuts into tax receipts, Medicare's giant hospital trust fund is running out of cash more rapidly, and could become insolvent as early as 2016, the report said. That's three years sooner than previously forecast.

At the same time, the government's already-large share of the nation's health care bill will keep growing.

Programs such as Medicaid are expanding to take up some of the slack as more people lose job-based coverage. And baby boomers will soon start reaching 65 and signing up for Medicare. Those trends together mean that taxpayers will be responsible for more than half of the nation's health care bill by 2016 - just seven years from now.

"The outlook for health spending during these difficult economic times is laden with formidable challenges," said the report by statisticians at HHS. It appears in the journal Health Affairs.

The health care cost forecast did not take into account recent legislation that expanded medical coverage for children of low income working parents, and added to the government's obligations.

The report "accelerates the day of reckoning," said economist John Palmer of the Maxwell School at Syracuse University.

"It is bringing home more immediately the problematic dimensions of what we face," added Palmer, who has served as a trustee overseeing Social Security and Medicare finances. "The picture was bad enough ten years from now, but the fact that everything is accelerating gives greater impetus to be concerned about health reform."

The report found health care costs will average $8,160 this year for every man, woman and child, an increase of $356 per person from last year.

Meanwhile, the number of uninsured has risen to about 48 million, according to a new estimate by the Kaiser Family Foundation.

The government statisticians estimated that health costs will reach $13,100 per person in 2018, accounting for $1 out of every $5 spent in the economy.

Policy makers would like to slow the rate of increase in spending, but that has proven difficult, because American-style medicine care relies on intensive use of costly high-tech tests and procedures.

In a separate report, also due out Tuesday, private researchers looked at spending on medical conditions and found that the most costly were mental disorders - including Alzheimer's - and heart problems.

The White House says President Obama believes that out-of-control costs are the main obstacle to securing coverage for all.

"Health care costs are crushing middle class families and the small businesses that fuel job growth in this country," said White House spokesman Reid Cherlin. "President Obama believes that if we're going to get our economy back on track, we have to act quickly to address this pressing issue."