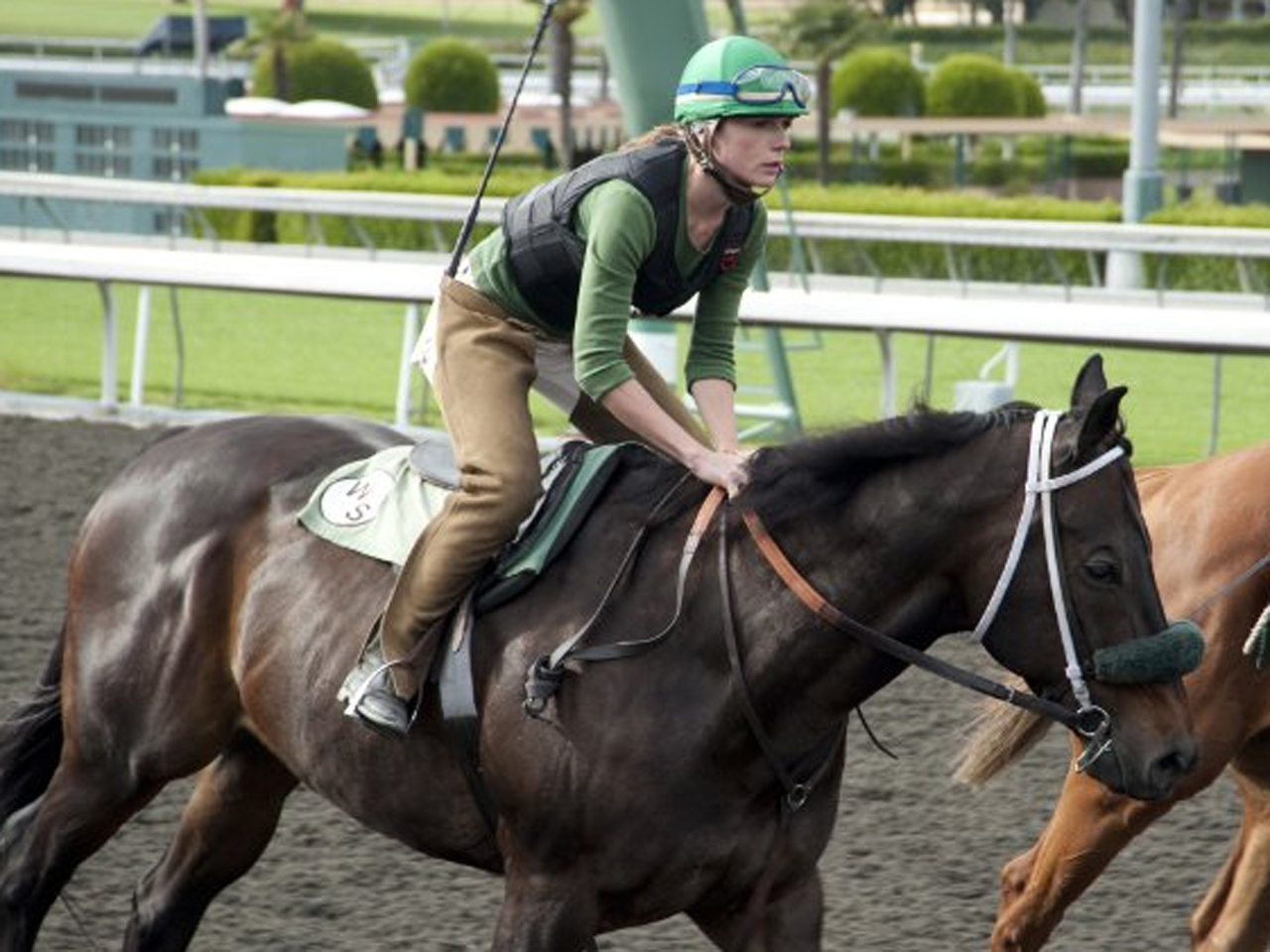 A spokeswoman for People for the Ethical Treatment of Animals (PETA), an animal rights group, claims there may have been criminal mistreatment of the animals.

Last year in California alone, 186 horses died or were put down, as a result of racing and training injuries, mostly broken legs. It's the dark side of racing that came under the spotlight two weeks ago when HBO canceled its horseracing drama "Luck" - filmed at Santa Anita Park - following the loss of a third horse in a production accident.

Joy Scott, a jockey for 30 years, has ridden more winners than any other woman in California. She has also lost more horses than she would like to say. Her first was very early in her career.

When an accident happens, the loss is felt by everyone. "When you lose a horse, it's like losing a family member," Verge said. "This is the kick of a lifetime. It kills you."

Much of the debate about horse safety is focused on the track surface: dirt, which is a mix of sand and soils, or synthetic, a blend of sand, artificial fiber and wax as a binding agent. A study of horse deaths over five racing seasons in California revealed 37 percent fewer fatalities on synthetic surfaces. That's also been the trend on the synthetic track at Keeneland in Kentucky. Track veterinarian Donald J. Shields says those statistics can be misleading.

"There's actually more injuries during training on synthetics than on dirt," he said. "You can't look at just racing. We're only looking at part of the story."

Some trainers and jockeys say a synthetic surface is harder in cool morning air, causing injuries to horses in training.

Scott insists dirt is absolutely better for both horse and rider. "There's less impact, less concussion," she said. "And I know that if you fall on it, you can really tell the difference, but you can actually feel the difference from the horse. When the horse hits the ground, how much concussion there is."

Nevertheless, in 2006, the California Horse Racing Board ordered the state's major tracks to convert to synthetic and Santa Anita spent $11 million to do it. But the drainage was bad, rocks floated up and racing days were lost. After a near revolt by trainers and riders, Santa Anita won permission to go back to dirt.

"The surface goes through extensive testing, almost on a daily basis," said Jason Spetnagel, director of facilities and grounds at Santa Anita Park. "The maintenance that goes into taking care of this track is almost a 24-7 operation."

It's done for the safety of the horses. But so far, the death rate at Santa Anita has nearly doubled on the dirt, now just under four for every 1,000 racing starts.

Verge added, "You don't stop playing because of it, but it's not something you want. One fatality is just one too many."

These horses, they say, are born to run, and that's what they do - they let horses run.

For Brian Rooney's full report on horse racing, watch the video in the player above.