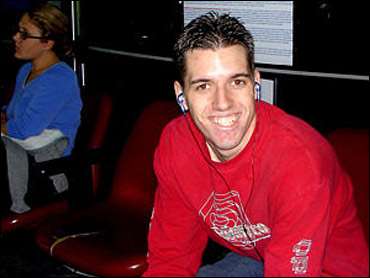 A California State University student died of "water intoxication" during hazing in the basement of a fraternity, authorities said Thursday.

An autopsy showed death was triggered by hyponatremia, a condition in which excess water in the body causes sodium levels in the blood to drop. Water is then absorbed into the blood and fluid builds up in the brain.

The case was still under investigation, and no decision had been made on whether to file charges.

Carrington's is the second pledge death at Chico since 2000, when an 18-year-old died of alcohol poisoning. The university cut its ties to Chi Tau in 2002 because of "a series of increasing problems and complaints," including excessive alcohol use and loud parties, a campus spokesman said.