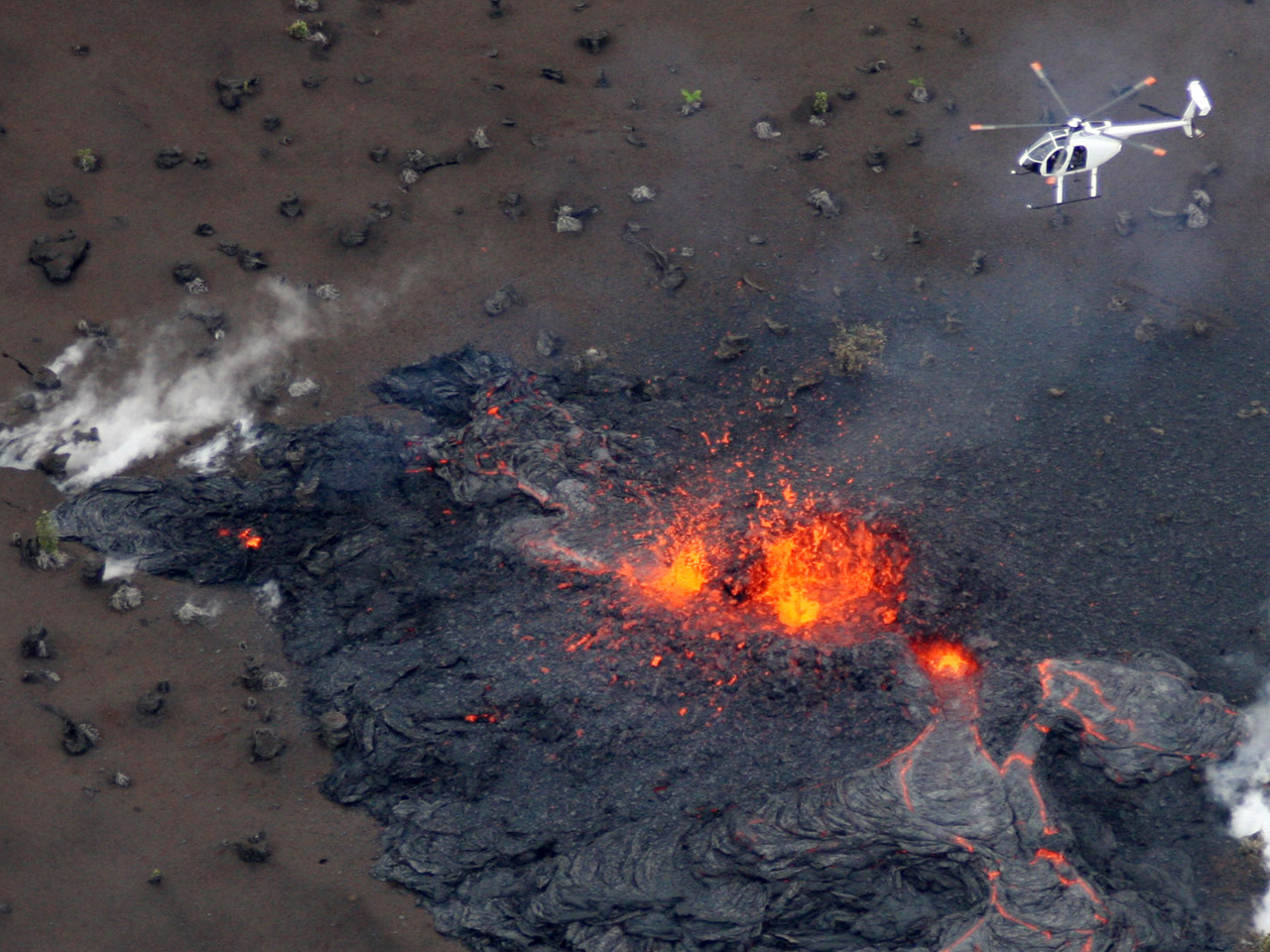 VOLCANO, Hawaii - A new vent has opened at one of the world's most active volcanoes, sending lava shooting up to 65 feet high, scientists at Kilauea volcano said Sunday.

The Hawaiian Volcano Observatory said the fissure eruption was spotted shortly after the floor at the Pu'u O'o crater collapsed around 5 p.m. Saturday. It occurred along the middle of Kilauea's east rift zone, about 2 miles west of Pu'u O'o.

"As a volcanologist, this is what we do. These are the moments we wait for," volcanologist Janet Babb told KHON2. "It is exciting to see an eruption begin particularly if you can see it from the very start."

Kilauea has been in constant eruption since Jan. 3, 1983.

At the summit, lava receded rapidly late Saturday but seemed to slow Sunday. There were also about 150 small earthquakes were recorded within Kilauea in the past 24 hours.

Scientists said areas near the vent could erupt or collapse without warning, posing a threat to visitors or hikers to the area. Also potentially lethal concentrations of sulfer dioxide gas could be present within about a half-mile downwind of vent areas.

Because of the latest activity, the Hawaii Volcanoes National Park has closed Chain of Craters Road and all east rift zone and coastal trails. Kulanaokuaiki campground was also closed until further notice.

Babb told the Hawaii Tribune-Herald that the fissure has expanded to about 535 yards long and that scientists were hiking into the remote area to observe the fissure and take readings.

No homes are under threat.