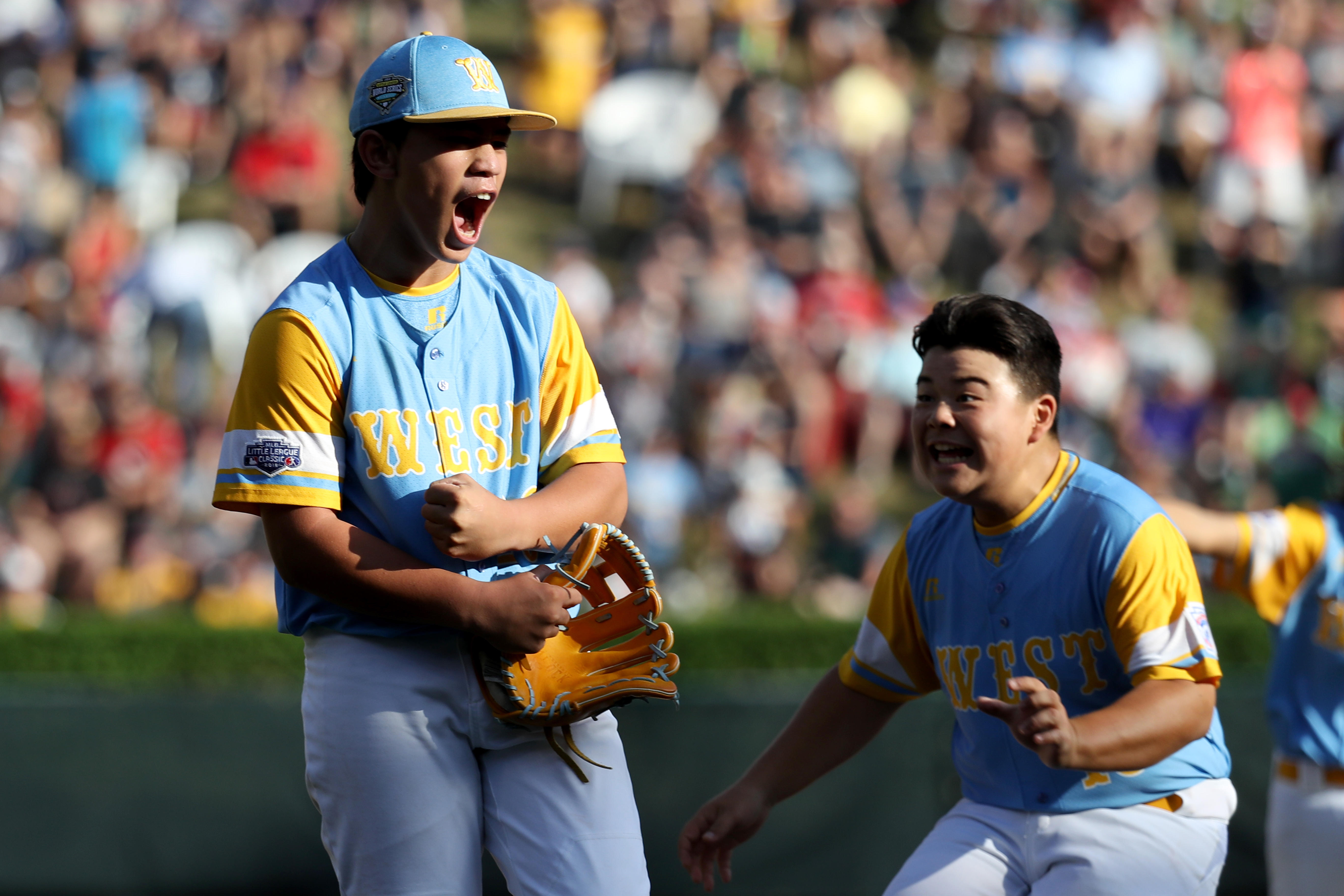 SOUTH WILLIAMSPORT, Pa. -- Aukai Kea struck out 15 while throwing a complete game on Saturday as Hawaii went ahead on a pinch-hit single by John De la Cruz and defeated Georgia 3-0 to advance to the Little League World Series championship. Hawaii, the U.S. champion, will play South Korea on Sunday after the Asia-Pacific regional champs defeated Japan 2-1 earlier in the day.

Eight days after striking out 10 Georgia batters in 6 1/3 shutout innings, Kea struck out the side in three of the first four innings Saturday, and a batter in all six.

Over two games at the double-elimination tournament, Georgia played 17 innings against Hawaii but was held scoreless. Much of that was due to Kea, who also hit a walk-off, two-run homer to end the teams' 11-inning game last week.

Earlier this week, Hawaii coach Gerald Oda told his team that "we're the hope" as then-Category 5 Hurricane Lane approached the state, CBS Sports reports. After beating Staten Island on Wednesday, Oda sent an emotional message to the fans back home.

"We told the boys that what they're ..." Oda said before he had to pause to compose himself. "What they're going through is very difficult — we've been there — all of us have been there when these storms have come."

He added, "And it can be chaotic, it's a lot of stress. But we told the kids that this is our opportunity to really give back. Because we know that there's a lot of people at home watching the game. And we said that if anything, for them to watch us, we can give them hope. They can take their mind off. And that's what we hope it did."