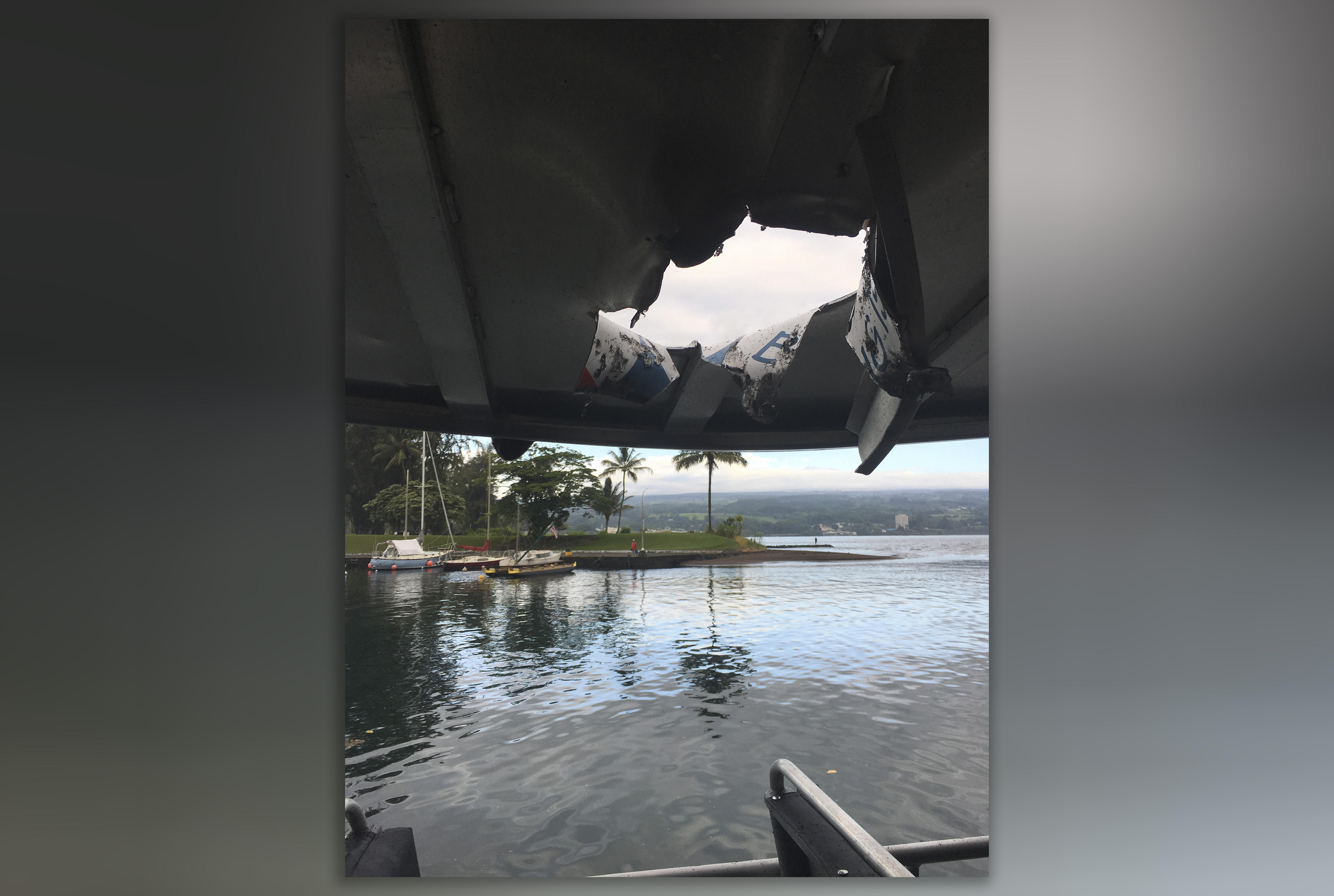 Nearly two dozen people were injured after what officials described as a lava bomb ripped through the roof of a tour boat in Hawaii, authorities said Monday. The Hawaii County Fire Department said a female passenger suffered a broken leg, two others were hospitalized in stable condition and nine others experienced "superficial" injuries.

The basketball-sized lava bomb punctured the boat's roof and debris from the explosion littered the floor of the vessel, the Hawaii County Civil Defense Agency said on Facebook.

The tour boat returned to Wailoa Harbor in Hilo around 7 a.m. Monday, the fire department said. The explosion left a large hole in the boat's roof and damaged at least one railing. The department said the exact location and time of the incident is currently unclear.

The explosion was caused in part by ongoing eruptions from the Kilauea volcano, CBS Honolulu affiliate KGMB-TV reports. It began erupting in May and has destroyed more than 700 homes.

Shane Turpin, the owner and captain of the vessel that was hit, said he never saw the explosion that rained molten rocks down on top of his boat. He and his tour group had been in the area for about 20 minutes making passes of the ocean entry about 500 yards offshore, Turpin said.

He didn't observe "any major explosions," so he navigated his vessel about 250 yards away from the lava. "As we were exiting the zone, all of a sudden everything around us exploded," he said. "It was everywhere."

Turpin said he had no idea how big the blast was until he saw video of the event later on shore. He said the others in the tour group quickly pulled together helped one another. Turpin has been navigating lava tour boats for many years and has lived on the Big Island since 1983.

In May, the U.S. Coast Guard instituted a safety zone where lava flows into the ocean off the Big Island. It prohibits vessels from getting closer than 984 feet from ocean-entry points, but allows experienced boat operators to apply for a special license to get up to 164 feet from where lava sizzles into the sea.