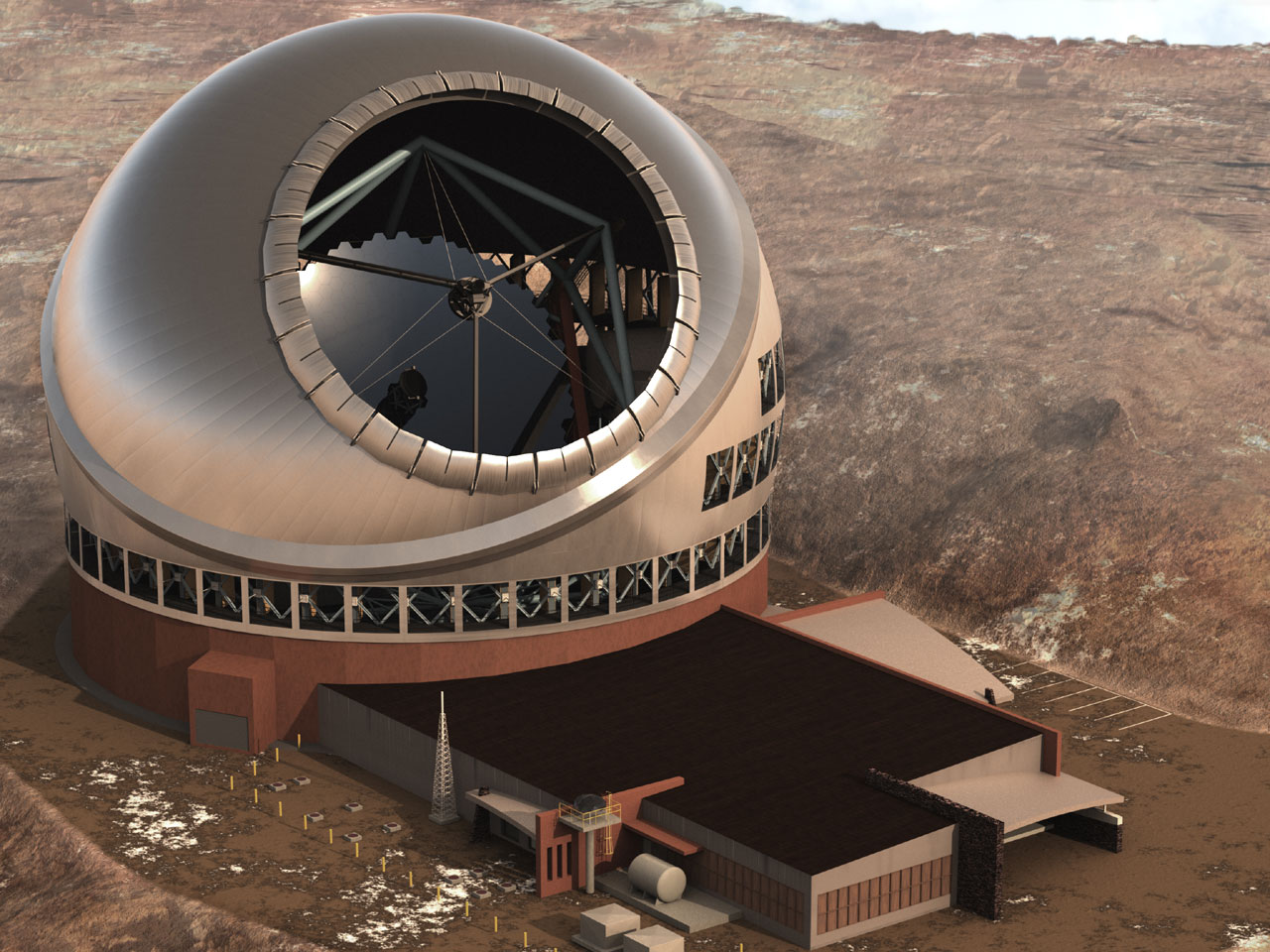 HONOLULU -- A construction permit should be granted for a giant telescope planned for a Hawaii mountain summit that some consider sacred, a hearings officer recommended Wednesday.

Retired judge Riki May Amano, who is overseeing contested-case hearings for the Thirty Meter Telescope, had been weighing facts in the case since June, after hearing oftentimes emotional testimony that spanned 44 days.

The $1.4 billion project has divided those who believe the telescope will desecrate land atop Mauna Kea held sacred by some Native Hawaiians and those who believe it will provide Hawaii with economic and educational opportunities.

This isn't the final say on whether the embattled project will proceed.

Now that Amano has issued her 305-page proposed decision and order, the state land board will set a deadline for telescope opponents and permit applicants to file arguments against her recommendations. The board will later hold a hearing and then make the final decision on the project's conservation district use permit.

Gov. David Ige said his office was reviewing the conditions Amano put on her recommendation, including that employees attend mandatory cultural and natural resources training and that employment opportunities be filled locally "to the greatest extent possible."

"Regardless of the (land board's) ultimate decision, I support the co-existence of astronomy and culture on Mauna Kea along with better management of the mountain," Ige said in a statement.

This second round of contested-case hearings was necessary after the state Supreme Court invalidated an earlier permit issued by the board.

The telescope's board of directors held public meetings before selecting Mauna Kea as the preferred site in 2009. In 2011, opponents requested so-called contested-case hearings before the state land board approved a permit to build on conservation land. The hearings were held, and the permit was upheld. Opponents then sued. In December 2015, the state Supreme Court revoked the permit, ruling the land board's approval process was flawed. That meant the application process needed to be redone, requiring a new hearing.

"TMT welcomes the recommendation that a state permit be issued and we respectfully look forward to the next steps," said Executive Director Ed Stone. "We appreciate that Judge Riki Amano worked carefully and tirelessly to ensure all voices were heard during the contested case hearing."

Telescope officials have said they plan to build in Spain's Canary Islands if they can't build in Hawaii. The nonprofit international partnership wants to resume construction next year.

Kealoha Pisciotta, one of the leaders fighting against the telescope, said she's disappointed but not surprised. "They're far from done," she said. "They still have to go before the board. We still have the right of appeal - before anyone can even begin to contemplate any action or earth-moving on Mauna Kea.

Protests disrupted a groundbreaking and Hawaiian blessing ceremony at the site in 2014. After that, the protests intensified. Construction stopped in April 2015 after 31 protesters were arrested for blocking the work. A second attempt to restart construction a few months later ended with more arrests and crews retreating when they encountered large boulders in the road.

The telescope has become one of the most divisive issues in the state, with some telescope supporters saying they are afraid to publicly express their stance on the project.

Telescope officials say Mauna Kea, a dormant volcano, is the best location in the world for astronomy. It's Hawaii's tallest volcano and its summit provides a clear view of the sky for 300 days a year, with little air or light pollution.