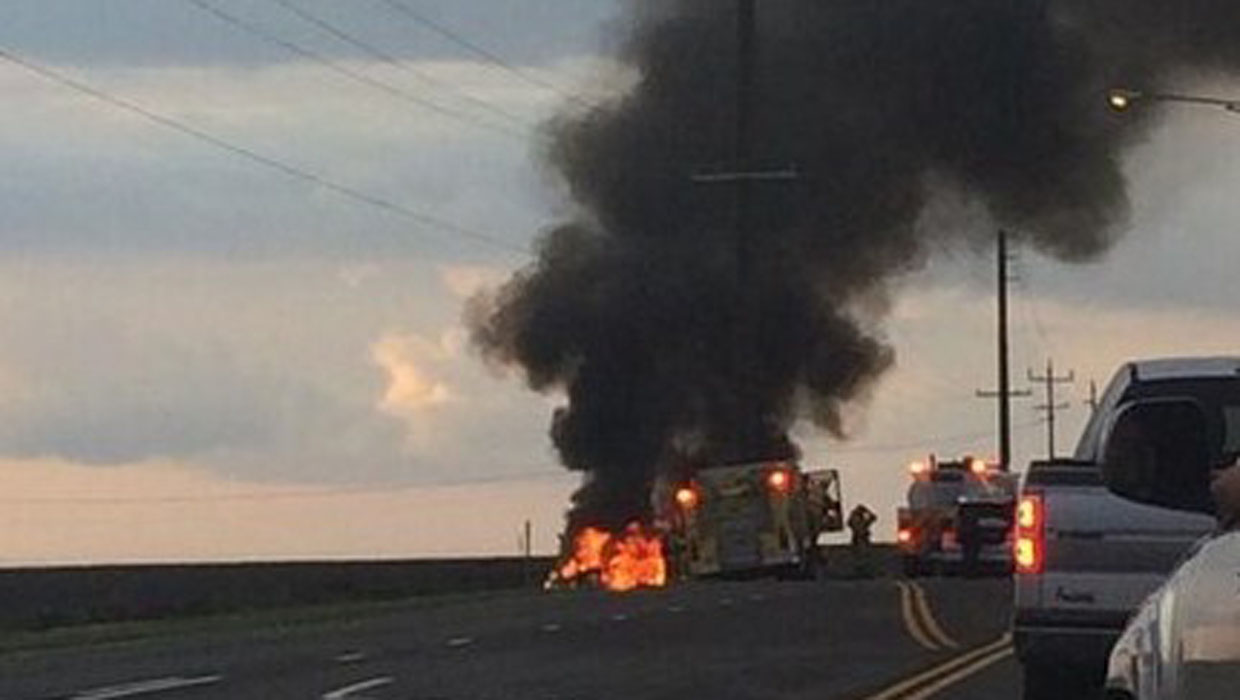 HONOLULU - Police have found a link between a fiery SUV crash and a woman found dead in her apartment, according to CBS affiliate KGMB.

The unidentified woman, 30, was declared dead an hour after police discovered her body at her Honolulu condo around 3:30 p.m. Wednesday, according to the station. Investigators found suspicious injuries on the body, including multiple stab wounds.

An autopsy is scheduled for Thursday.

Officials arrived at the apartment complex in search of the woman because she was the registered owner of an SUV involved in a fatal crash on Monday night. An unidentified man was driving the car before the accident left him pinned inside the vehicle, KGMB reports. He died at the scene.

Sources told KGMB that the driver and the dead woman found at the condo were married.

The woman's death, currently classified as an unattended death, may be reclassified as a homicide after authorities review the autopsy results, potentially changing the focus of both investigations, according to the station.