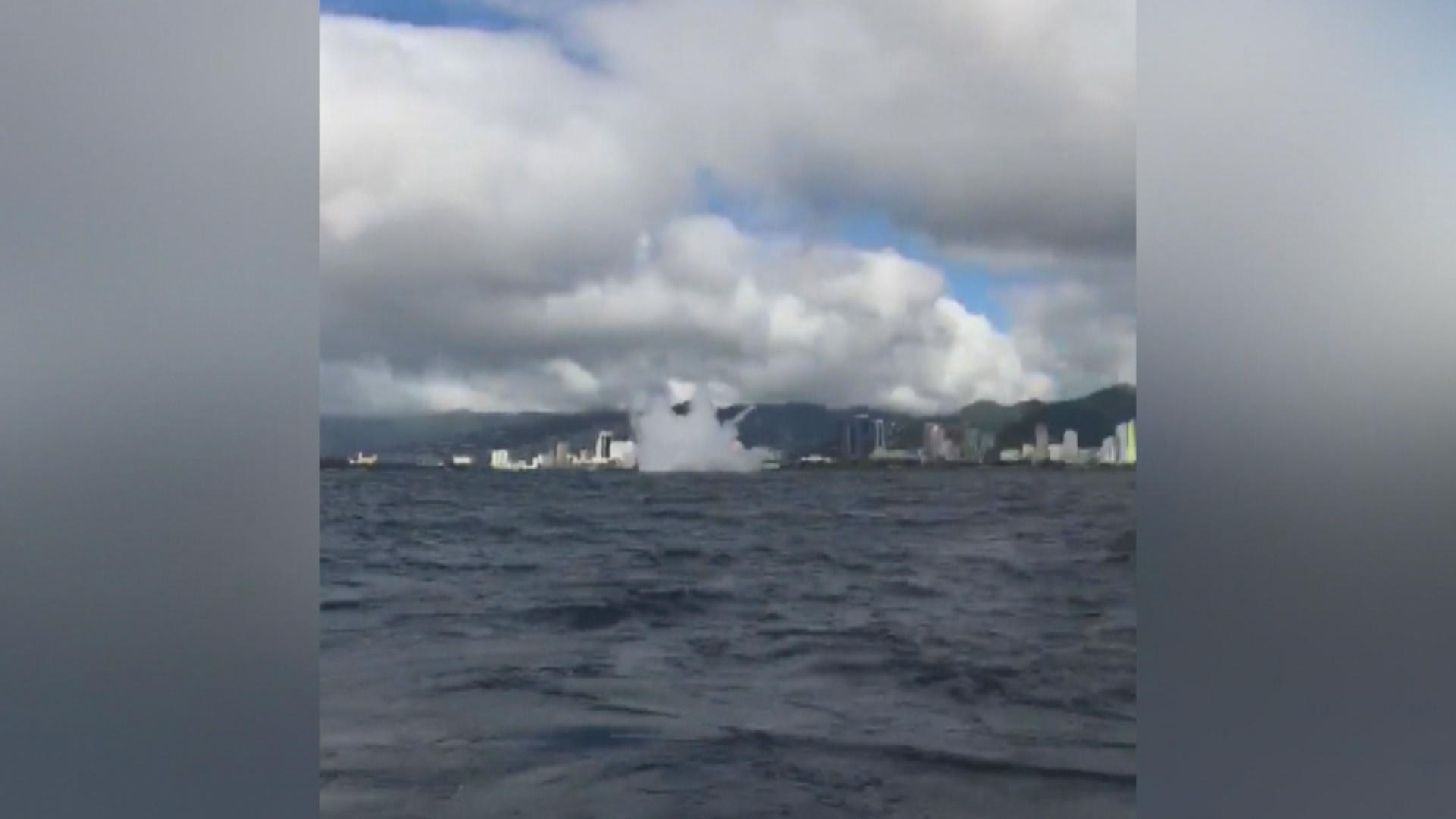 The military is investigating what caused a fighter jet to slam into the Pacific Ocean off the coast of Hawaii Wednesday during a training exercise with the Hawaii Air National Guard. The pilot, a civilian contractor, safely ejected from the plane seconds before it crashed but is in serious condition after suffering traumatic injuries.

A group of parasailers in a nearby boat witnessed the chaos unfold and immediately took action.

"We heard this loud boom and then we saw the pilot eject from the plane and then we see his parachute come out and then the plane went straight into the water," said one witness.

Mack Ladner, a parasail instructor inside the boat, jumped into the water to rescue the injured pilot and untangle his parachute.

"It was kind of a lot of adrenaline, I didn't, I've never seen anything like that," Ladner said. "When I got in the water, you know, I was asking him like 'are you okay' and he's like yeah my back hurts a little bit from the compression and he had a little blood coming out I think it might have been the impact because I mean he was going pretty fast."

The 47-year-old pilot was transferred to a U.S. Coast Guard vessel then rushed to a hospital. The Hawaii Air National Guard temporarily suspended its military exercise, which involved about 800 personnel and 30 planes, following the crash.

"It could have turned out a lot worse, it looks like they got him within seconds and I think the only loss is the plane," another witness said.

The aircraft took off from the Honolulu Airport, about three miles away from the crash site. Witnesses said the plane could have crashed into nearby buildings if it had not crashed into the water.