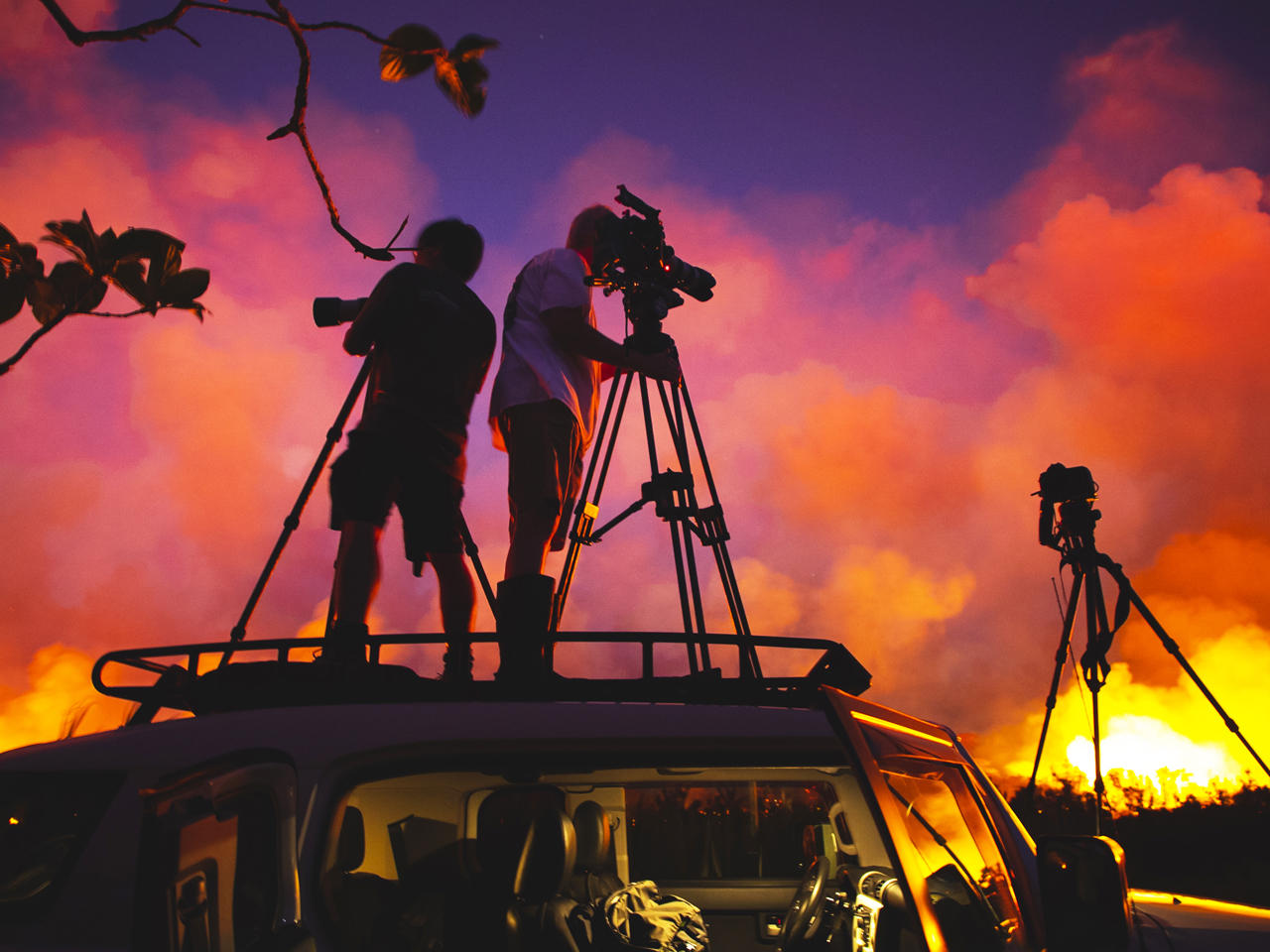 Kilauea's river of lava on the Big Island has been irresistible as a force on the move, and irresistible to watch.

Kalber is a videographer; Bruce Omori shoots stills; Cal Dorn flies helicopters. Since Kilauea erupted more than three weeks ago, they've gone up 3,000 feet at daybreak, every day, to capture images we've all seen about this unfolding disaster.

Omori said when he captures a moment of time, "it freezes that moment for eternity."

CBS News correspondent Mark Strassmann asked, "What is this moment in your pictures for you?"

"Its beauty, its power, destruction, emotion, all of those things into one image."

For Omori, this volcano's tough duty. He has asthma and a sulfur allergy. As a kid on field trips to volcanoes, he had to stay on the school bus.

Being kept away, he said, was torture: "So, I became obsessed with volcanoes and lava even before I got to see it in person up-close."

"And when you come back and look at the images you've taken, what jumps out at you?" Strassmann asked.

"The thing that hits me the most is seeing these homes destroyed," he replied. "I can never get used to that. It's an irony of nature. It's so beautiful yet so destructive. And it's really moving for me."

The lost homes Mick Kalber has recorded could soon include his own house, now a half-mile from the lava flow.

"We're not living there anymore," he said. "We've taken a bunch of valuable stuff out, but we still have a lot of furniture, appliances and stuff. And it's just a matter of how long they flow before they stop."

Pilot Cal Dorn's job is to focus on flying, not the lava. "I have to turn away, and I'm really trying to keep everybody safe in a helicopter and get the shots that they want. But it's mesmerizing, and these flows now are bigger than anything I've seen."

Photographers Kalber and Omori both say they're witnessing and recording something otherworldly – the dawn of time in the present.

"It's primordial," Kalber said. "You almost expect to see a dinosaur over here, you know? It's just otherworldy."

Omori added, "It's a reminder of how temporary we are as opposed to this planet."

They feel it whenever they hover over Kilauea's lava - birth and death, indivisible in the same mesmerizing moment.