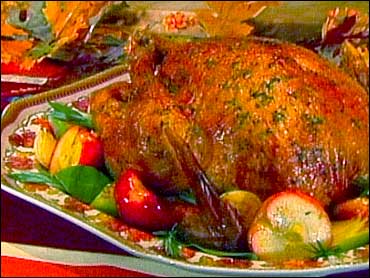 Elizabeth Karmel, the executive chef of the highly-regarded Texas barbecue restaurant Hill Country in Manhattan, is also a pro on the turkey circuit. In fact, she was the founder of the 1-800-Butterball turkey hotline. She dropped by The Early Show to calm your last-minute turkey anxiety attacks.