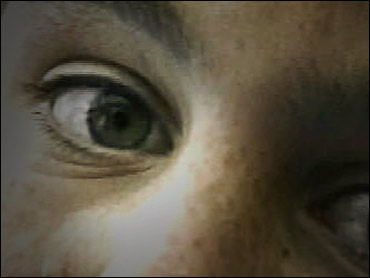 This column was written by Dr. Marc Siegel.

Nervous anticipation is making emotional and physical wrecks of some of us who live in the big cities or obsessively watch the ever-alert cable TV news shows. Politicians on all sides are broadcasting their danger/safety messages via the media's hype apparatus. This tapping into today's fears for political purposes is perhaps even more dangerous than the terrorist acts themselves.

Our post-9/11 fears have become a free-floating anxiety that lacks a specific target. We lack information as to where, when or how, or even whether, the threat is greater today than it was yesterday. We no longer know whom to blame or whom to follow to safety.

The collateral damage of these fears appears to be many Americans' health. We are on perpetual alert status, which stokes safety concerns. This process wears us down and interferes with our ability to function.

If fear is no longer protective, if it has been transformed from an adaptive tool into a symptomatic illness, then we have to find a way to cure it.
To slow the spread of fear, it is necessary to "vaccinate" with reason those who aren't yet afflicted. A population that is slow to react hysterically helps contain fear. But lasting immunity to the epidemic of fear is difficult to attain. The biochemistry is built into our brains, waiting to be triggered.

Once fear has been elicited, it is stored deep in the emotional memory, ready to emerge whenever the so-called danger recurs.

In early 2004 my daughter, Rebecca, was taking a bath. She was almost 3 years old, the time when the brain circuitry completes its wiring of the "safety center" in the prefrontal cortex: She had never before experienced the bubble effect, and when the Jacuzzi device in the tub turned on automatically, I was on the other side of the apartment. By the time I rushed back to the tub, she was petrified, standing straight up, bright red from crying.

For months afterward, she was afraid to take a bath at all. I tried to appeal to her newly working brain center to suppress the fear that this tub would always bring scary bubbles, but the fear response was too strong.
This is something like the reality that we encounter in America in the twenty-first century. Once alerted, once afraid, it is hard to turn the switch back to the "off" position. The news signals danger, and we instantly fear it.

A person living in a small town in the heartland who watches cable news may experience the fear almost as much as a big-city dweller who has an infinitely greater risk of witnessing terrorism up close. An absurd confirmation of this manufactured, TV fear comes when Homeland Security allocates funds to protect people against terrorism at a rate of $25 per person in New York, and just over $60 per person in Wyoming (in 2004).

Of course, one simple cure is to turn off the TV.

There is no standard treatment for fear, in part because the symptoms vary from one person to the next. A person may feel destined to a certain bad outcome and have a greater sense of the foreboding because of a certain family tendency. Some people more easily trigger a fight-or-flight flood of hormones than others.

Another example: My wife's mother has a severe case of multiple sclerosis and has been confined to a wheelchair for almost twenty years. Six years ago, my wife's brother developed a mild case of MS, and my wife then confided in me her fear, practically a conviction, that she would be next. Every time she brings up her perception that MS is her destiny, I try to counter it with the bald statistic that only 4 percent of first-degree relatives are at risk for the disease. "There is a 96 percent chance that you won't get it," I say, but for my wife, as for many others, the perception rests with the 4 percent. Empathy for her mother and a natural tendency to personalize her experience create the fear and the conviction.

Recurrent or unremitting fear has the same effect on the human body that running an engine persistently from eighty to 100 miles per hour has on a car. For a person who is always on the alert, who suffers from a too-easily triggered and sustained fight-or-flight response, the result is a burned-out body. Many illnesses are more likely to occur as a result, including heart disease, cancer, stroke and depression. What we have most to fear are not the exotic diseases that scare us but the ordinary killers such as heart attacks that develop as a result of our unremitting worries.
We need to be re-educated as a prerequisite to healing fear. We tend to over personalize much of the information we receive. To correct this tendency, we need a new sense of proportion.

We are scaring ourselves about the wrong things in a way that is clearly a terrorist's delight. (We do much of their work for them.) In 2001 terrorists killed 2,978 people in the United States, including five from anthrax, and we have been obsessed with terrorism and the supposed risks ever since.

Meanwhile, according to the federal Centers for Disease Control, in 2001 heart disease killed 700,142 here; cancer 553,768; accidents 101,537; and suicide 30,622. Murders (not including the victims in the attacks of September 11) accounted for 17,330 deaths that year. The number of children who died in their infancy in 2001 was 27,801, and their deaths were no less horrible or frightening for those involved than the attack on the World Trade Center.

Realizing that we have been conned into being afraid is the first step toward learning a new set of skills to assess risk. Fear must be reserved for real danger. Each step away from false worry is a step toward true health.

This essay is excerpted from Dr. Marc Siegel's new book, False Alarm: The Truth About the Epidemic of Fear.

By Dr. Marc Siegel. Reprinted with permission from the The Nation