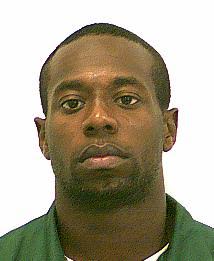 New York -- A 26-year-old Brooklyn man was convicted Friday of first-degree assault as a hate crime for striking a 29-year-old transgender woman in the head with a two by four piece of plexiglass in 2014 and causing severe and likely permanent injuries, according to the Brooklyn District Attorney's Office.

The defendant, 26-year-old Mashawn Sonds, faces up to 25 years in prison for an October 2014 attack that took place on a Brooklyn street where Kimball Hartman was walking with a gay male friend.

First, the pair was approached by a group that included Sonds, according to the DA's statement. One yelled, "We don't want faggots on our block," among other anti-gay slurs.

According to the investigation, Sonds then picked up a piece of plexiglass and swung it at Hartman. As she tried to get away, he threw the plexiglass and struck her in the head, knocking her unconscious and caused ing seizures.

Hartman suffered profuse bleeding from the back of her head, according to the DA's office. She sustained a traumatic brain injury, underwent surgery to her skull, and will likely suffer permanent injuries.

Sonds was convicted of first-degree assault as a hate crime and will be sentenced on Jan. 13, 2016. It was the first trial conviction secured by the Brooklyn D.A.'s newly-created Hate Crime Unit, which is a part of its Civil Rights Bureau.