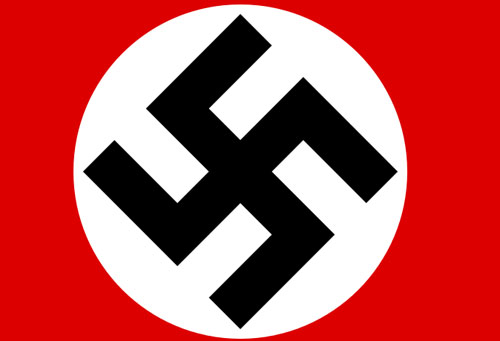 CEDAR RAPIDS, Iowa -- A white felon with Nazi tattoos repeatedly stomped on the face of a semi-conscious black man in a racially motivated attack at a northeastern Iowa bar last winter, according to a criminal complaint unsealed Wednesday.

Authorities arrested Randy Joe Metcalf, 40, on Tuesday after a judge found probable cause to charge him with violating the federal Hate Crime Act. Metcalf was out on bond awaiting trial on state assault charges in connection with the beating that left Lamarr Sandridge, 31, with a broken right eye socket and numerous scrapes and bruises on his face.

Metcalf was expected to make an initial appearance in federal court in Cedar Rapids on Wednesday. He has pleaded not guilty to the state charges.

An affidavit signed by FBI special agent Thomas Reinwart paints Metcalf as a white supremacist sympathizer who showed off his swastika tattoos and repeatedly used racial slurs toward Sandridge and his companions before and after the Jan. 12 attack at the North Side Bar in Dubuque.

Metcalf had been drinking with his fiance for several hours before they got into a verbal dispute with Sandridge's group over the jukebox. Metcalf used racial slurs against Sandridge and the women, leading to a brawl that was captured on surveillance video, the complaint said.

A white acquaintance of Metcalf, 41-year-old Jeremy M. Sanders, put Sandridge in a headlock. His son, Joseph Sanders, 21, repeatedly punched Sandridge in the face until the man was motionless on the ground. Metcalf then kicked and stomped on Sandridge's face and head until the bartender pushed him off and told everyone to leave.

By now, the court documents say, Sandridge was "in a semi-conscious state" on the floor. However, Metcalf again kicked and stomped on his face before he was pushed away by Sarah Kiene. Metcalf hit the 29-year-old woman in the face with the back of his hand, knocking her out. Kiene suffered a fractured right cheek bone.

Metcalf later used a racial epithet to describe Sandridge, saying, "He got what he had coming," Reinwart wrote.

Earlier in the evening, Metcalf had been showing off a large swastika tattoo on his abdomen, telling Jeremy Sanders: "This is what I'm about." Another tattoo on his shoulder shows a swastika on a skull. Metcalf also has a tattoo on his chest that reads "FRYS" -- the name of an Iowa prison gang known for ties to the white supremacist movement, Reinwart wrote.

According to the affidavit, Metcalf "has a significant, violent criminal history" spanning 20 years, including burglary, domestic abuse and child endangerment convictions that have landed him in prison.

Metcalf faces up to 10 years in prison for the federal charge.

Jeremy and Joseph Sanders pleaded guilty to misdemeanor assault charges and were sentenced to probation.

A city of 60,000 across the Mississippi River from Wisconsin, Dubuque is often praised for its economy and government, but it has a history of troubled race relations requiring federal intervention. In 2013, a scathing Department of Housing and Urban Development report alleged that the city's housing practices intentionally discriminated against African-Americans.