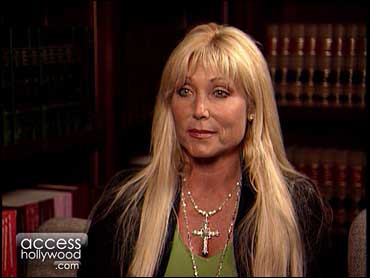 Bach's manager, Stephany Hurkos, broke the news to "Access Hollywood" Monday, adding that Bach is re-hiring her former attorney, Mark Kaplan, to represent her in her continued legal battles with ex-husband, David Hasselhoff.

The firing follows a victory in court for Hasselhoff, who was awarded sole custody of their two daughters on June 15.

It's Opri's second high-profile firing in the past few months. She represented Larry Birkhead in his custody fight for his daughter Dannielynn. The two are currently engrossed in their own battle over legal fees.

A call to Opri's publicist has not yet been returned to The Showbuzz.

On May 7, Los Angeles Superior Court Judge Mark A. Juhas put a hold on Hasselhoff's visitation privileges for two weeks.

The decision came within days of the public leak of a videotape showing an apparently drunken Hasselhoff struggling to eat a cheeseburger while on the floor of his Las Vegas home. One of his daughters is heard chastising him.

Hasselhoff told the syndicated entertainment TV show "Extra" that he was humbled by the support he received after the videotape aired.

Hasselhoff, a recovering alcoholic, had been living in Nevada while appearing in the Las Vegas production of "The Producers." He has resumed his judging job on NBC's "America's Got Talent."

Hasselhoff and Bach were married in December 1989. He filed for divorce in January 2006 and their divorce was final last August.