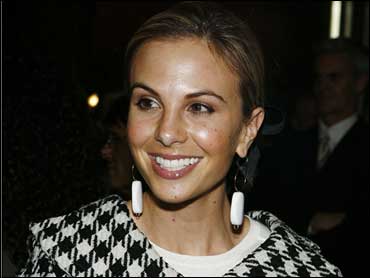 Elisabeth Hasselbeck says it's "disgusting" that Paris Hilton has been transferred from jail to her home for medical reasons.

Hasselbeck said on "The View" that this sends a message: "If you're rich and you're hot" then "we'll let you off the hook."

Even the audience and sounded horrified when host Barbara Walters announced the news about Hilton. But co-host Joy Behar and guest Lorraine Bracco both took the opportunity to add a little humor to the discussion.

Bracco, who plays psychiatrist Dr. Melfi on "The Sopranos," revealed why she stopped treating mobster Tony Soprano so abruptly in the show's most recent episode.

Bracco joked that "Paris called and needed me, so I had to make all my time available for Paris and her family!"

Behar quipped that Hilton is her new idol because she can "get out of more things than David Copperfield."

Hilton won't be able to get out of her new ankle bracelet for 40 days, the remaining time on her sentence for violating probation.