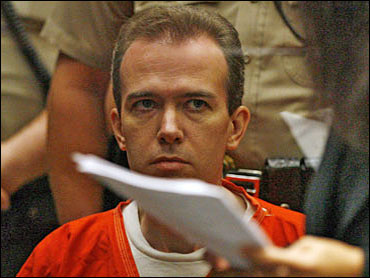 Most teachers are dedicated, hard-working people who wouldn't dream of hurting a child. The same is true of priests.

If the suspect in the 1996 murder of JonBenet Ramsey were a priest, there would be a fresh outcry about a decades-long cover-up in the Catholic Church. Commentators from Left and Right would rightly unite in decrying the crisis and the entrenched complacency that led to it. Catholic pundits would take a special relish in pointing out that they agree: The Church had better get its act together.

Especially not teachers. And yet …

Consider the statistics: In accordance with a requirement of President Bush's No Child Left Behind Act, in 2002 the Department of Education carried out a study of sexual abuse in the school system.

Hofstra University researcher Charol Shakeshaft looked into the problem, and the first thing that came to her mind when Education Week reported on the study were the daily headlines about the Catholic Church.

"[T]hink the Catholic Church has a problem?" she said. "The physical sexual abuse of students in schools is likely more than 100 times the abuse by priests."

So, in order to better protect children, did media outlets start hounding the worse menace of the school systems, with headlines about a "Nationwide Teacher Molestation Cover-up" and by asking "Are Ed Schools Producing Pedophiles?"

No, they didn't. That treatment was reserved for the Catholic Church, while the greater problem in the schools was ignored altogether.

As the National Catholic Register's reporter Wayne Laugesen points out, the federal report said 422,000 California public-school students would be victims before graduation — a number that dwarfs the state's entire Catholic-school enrollment of 143,000.

Yet, during the first half of 2002, the 61 largest newspapers in California ran nearly 2,000 stories about sexual abuse in Catholic institutions, mostly concerning past allegations. During the same period, those newspapers ran four stories about the federal government's discovery of the much larger — and ongoing — abuse scandal in public schools.

"Could JonBenet Ramsey murder suspect John Mark Karr get a job teaching in your community?" asked USA Today. Not any more, of course; but could a creepy pedophile who isn't all over Fox News get hired? Richard Dangel, a child psychologist in Dallas, told the paper, "Only about 4% of offenders get busted," he says. "The other 96% don't." Which means that background checks won't stop the vast majority of sex offenders.

A writer for The New York Times lurked online at pedophile chat rooms, and reported this summer about the chilling way pedophiles convince themselves that children want to have sex with them and insinuate themselves into the lives of children.

The Times' Kurt Eichenwald explained that pedophiles often discuss their personal lives. They come from all walks of life, but they like to speak about how close their jobs take them to children. "The most frequent job mentioned, however, was schoolteacher," he wrote. "A number of self-described teachers shared detailed observations about children in their classes, including events they considered sexual, like a second-grade boy holding his crotch during class."

The media have left many with the impression that sexual abuse is a Catholic problem — as if Catholic beliefs and customs make sex abuse inevitable. Church teaching for its part is clear: Sexual abuse of minors is always wrong. A more likely culprit would be a non-religious ambivalence about the pedophilia, as seen, for instance, in the media's refusal to broaden its scope to include teachers when considering the issue.

Professor Michael Tracey, whose e-mail correspondence with Karr helped in identifying him as a suspect, identified the real problem in an interview with the National Catholic Register.

"Was JonBenet a pedophile's dream? Clearly, clearly she was," Tracey said. "Her death, and the whole circus surrounding it even 10 years later, has everything to do with the culture's desire to sexualize children."

In 1992, the National Victim Center estimated that 29 percent of all forcible rapes in America were against children under age 11. More than a decade later, an estimated 1 in 4 girls and 1 in 7 boys are victims of unwanted sexual acts.

The 2002 Department of Education report estimated that from 6 percent to 10 percent of all students in public schools would be victims of abuse before graduation — a staggering statistic.

Yet, outside the Catholic Church, the reaction is increasingly accommodation instead of outrage.

The April 17, 2002, issue of USA Today featured an article titled "Sex Between Adults and Children" — a euphemistic way of referring to child molestation. Under the headline was a ballot-like box suggesting possible opinions one might hold on the subject: "always harmful, usually harmful, sometimes harmful, rarely harmful." The newspaper's answer: "Child's age and maturity make for gray areas."

And what about the popular culture? Mary Eberstadt has written at length about "Pedophilia Chic" — from Calvin Klein underwear ads to mainstream defenses of the North American Man-Boy Love Association. Hollywood's heroic treatment of accused child molesters in "The People vs. Larry Flynt" and "Kinsey" — not to mention its Oscar for Roman Polanski — doesn't help.

It's good that this ugly problem in the Catholic Church is being investigated, exposed, and dealt with. Now let's expand the investigation. In the face of the evidence of a widespread epidemic of abuse fed by a new morality that winks at child molestation, why is the Church the only institution under the microscope?

Right now an important story stares the media in the face with the cold intensity of teacher John Karr's eyes. Will they cover it?

Tom Hoopes is executive editor of the National Catholic Register and, with his wife, April, is editorial director of Faith & Family magazine.

By Tom Hoopes
Reprinted with permission from National Review Online