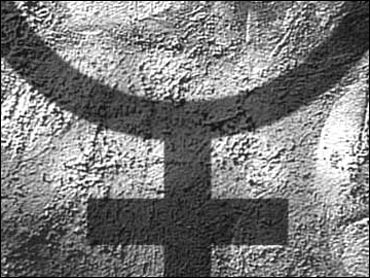 This column was written by Ross Douthat.

It's a testament to feminism's success that so many people, over so many years, have been so eager to write its obituary. From the 1970s onward, the public has been treated to regular bulletins announcing that feminism has failed, is finished, has expired of natural causes or been slain in a gangland-style hit involving, in no particular order, Ally McBeal, Phyllis Schlafly, the editors of Maxim, Martha Stewart and the Republican party.

Last summer, feminism's failure was proclaimed by Judith Warner, whose charmingly solipsistic "Perfect Madness" trumpeted the difficulties that well-off women in the Greater Washington, D.C. area endure while trying to balance their careers and the demands of motherhood — or as she put it, the "choking cocktail of guilt and anxiety and resentment and regret poisoning motherhood for American women today." (A moment's pity, if you will, for the travails of the Mid-Atlantic upper middle class.) But her tone was mild and reasonable compared to this winter's entrant in the "after-feminism" sweepstakes, Maureen Dowd's "Are Men Necessary: When Sexes Collide" — which, if the excerpt in this Sunday's Times Magazine is any guide, will be a lot less entertaining than its title might suggest.

Dowd isn't interested in anything so minor-league and mundane as the work-life balance: She thinks the whole world of women and men has been going to hell for years, and she's not going to take it any more. Having missed out on the glory days of feminism — in the 1970s, she longed for the "Art Deco glamour of '30s movies," and left the revolution to her "earnest sisters in black turtlenecks and Birkenstocks" — she's appalled at her youthful self for failing to realize that "the triumph of feminism would last a nanosecond while the backlash lasted 40 years."

Everywhere she looks, Dowd sees feminism in retreat. Women don't want to split the checks anymore; they favor Mrs. over Ms.; they still flirt and play hard to get and wear makeup and agonize over whether to return a man's calls; they take their husband's name, and in higher percentages than in the halcyon year of 1990; they read superficial, sex-obsessed glossy magazines; and some of them even dare to stay at home with the kids, eschewing both the fast track and the Friedanian idea that domestic life is at best a "comfortable concentration camp."

As for men — and Dowd reserves her real contempt for them — the poor boobs never quite managed to shed the "atavistic desire to be the superior force in the relationship." They want to pay for dinner and they're easily intimidated, both by Times columnists and by the girls (sorry, women) from Harvard Business School; they think their wives and girlfriends should have Pamela Anderson-sized breasts and speak only when spoken to; they want nothing more to marry a docile, not-too-desperate housewife and then divorce her a few decades later to take up with "their secretaries, assistants, nannies, caterers, flight attendants, researchers and fact-checkers."

As with much of what Dowd writes, it's hard to know how seriously to take her mix of cheap shots and caricature. Still, it's worth at least suggesting, by way of counterpoint, that the world we inhabit isn't one in which the feminists have been backlashed into retreat for the last 40 years — it's a world where feminism won, at least insofar as it could, and the sexual confusion that so dismays Dowd is the unexpected consequence of its victory.

Admittedly, some of what we call "women's liberation" had more to do with inexorable economic trends, pushing females out of the home and into the workforce, than it did the activism of bra-burning ex-bluestockings. But to the extent that feminism was a realistic political movement with realistic goals — as opposed to a utopian fantasy — its achievements have been remarkable. Women have moved into nearly every professional arena in American life, from law and politics to ministry and the military, and an edifice of regulation has sprung up to protect them from gender discrimination and sexual harassment, and to encourage their hiring and promotion. Laws against rape and domestic violence have been strengthened, public awareness of both has been dramatically raised, and the rates of these crimes have been falling for some time. Abortion and birth control are not only widely available, but enshrined as constitutional rights. Real sexism has been banished beyond the pale of public discourse: Whatever men mutter to each other on poker night, no public figure would dare to suggest that a woman might not be qualified for any position, anywhere, simply because of her sex. Even suggesting the possibility of the existence of meaningful gender differences can get you tarred and feathered and forced to recant, as Larry Summers recently discovered.

There's more: today's women are dramatically better-educated than men, something that would have been unthinkable half a century ago, and by nearly every available metric, the young female of the species is healthier than the young male — less prone to suicide, drug addiction, and alcoholism, better-adjusted and higher-achieving, more ambitious and happier. Even sports, the most guy-ish of all the guy things, has been overrun by women — thanks in no small part to a feminist-inspired legal apparatus devoted to leveling the playing field in colleges and universities, even if it means bulldozing successful male athletic programs in the process.

And women have achieved all this while shaking off much — though not all, admittedly — of the old sexual double standard. Yesterday's sluts are today's healthy, empowered young women, today's sluts are celebrities (insert obligatory Paris Hilton joke here), and even the raunchiest guy-magazines take time out from the leering and the dirty jokes to instruct readers on how to satisfy their girlfriends in bed.

In the marriage market, too, despite what Dowd claims, women are facing less of a choice between love and self-improvement than ever before. She cites, for instance, a much-quoted study showing that women's marriage chances drop as their IQs rise. But she fails to mention — understandably, since it tended to be ignored by the breathless press reports — that the study was conducted on a population of women born in 1930s Great Britain. More up-to-date analyses suggest that the trend is moving in the opposite direction, and highly-educated women are considerably more likely to get married than in the past. A recent study noted that in 1980, a woman in her early forties with 19 years of education under her belt (i.e., a college degree and some graduate work) had just a 66 percent chance of being married, whereas a forty-something female who left school after high school had an 83 percent chance of wedlock. But today the gap has disappeared: highly-educated women are just as likely to wed as the secretaries, nannies, flight attendants and "upstairs maids" that Dowd is convinced are poaching all the men.

Of course, some of these highly-educated brides may be dumped eventually, during their hubby's midlife crisis, for a bright young fact-checker. But this points to the problem with nearly all the "what-happened-to-feminism?" arguments — they ignore the extent to which the problems post-feminist women face aren't the result of feminism's failure, but byproducts of its success. The "trophy wife" phenomenon is a case in point. Feminists wanted women to be able to leave loveless marriages and escape abusive husbands, so they backed the push for easy divorce — and sure enough, no-fault split-ups have made it easier for women to shake free of miserable unions. But they've also made it much, much easier for Woody to leave Mia and shack up with Soon-Yi.

Similarly, Dowd laments the coarsening of American sexual culture — the piggishness of men's magazines, the Cosmo features urging women to "lace a glazed doughnut around your man's member, then gently nibble the pastry and lick the icing," the pressure on women to become "self-actualized sex kittens." But these excesses don't suggest that feminism has failed — just that its victory came with certain (fairly predictable) side-effects. Those sober feminists in turtlenecks wanted sexual equality, where a woman could be as free with her body, as sexually empowered, as any man. Well, they got it — and it's unfortunate, but probably unavoidable, than many of the liberated women have ditched the turtlenecks and decided to behave, as the title of a recent book would have it, like "Female Chauvinist Pigs." And it's similarly predictable that sexual liberation has been a much better deal for the women of Dowd's class, the urban upper-bourgeoisie, than for the growing ranks of single mothers further down the income ladder.

Even the work-life difficulties that a book like "Perfect Madness" decried — and that Dowd touches on, briefly, when she complains that high-achieving men are more likely to have kids than high-achieving women — exist precisely because feminism has succeeded so dramatically at integrating women into the workforce. Once there, many of them discovered that it was next-to-impossible to be a perfect mother and have a perfect career. But is this tension really a "problem" that feminism failed to fix? As Ruth Franklin sensibly wrote in a New Republic review of Judith Warner's book:

It is time to recognize that there is no inherently perfect balance of work and family, and that no amount of intensive parenting can take away the sadness of not being with one's children as much as one would like. Children's needs and desires, and parents' needs and desires, are constantly in flux. If we are fortunate, we will be able to adjust our lives in accordance with them; and like any contortion, it will require some stretching, some groaning, and some pain. The tension that we feel is not the problem afflicting mothers in America today. It is the solution.

But such hard-won realism runs counter to feminism's utopian strain, the strain in which every tension in human life can be eliminated and every problem smoothed away — and the strain that was cuttingly described by Joan Didion, writing in feminism's infancy, as "the voices of women scarred not by their class position as women but by the failure of their childhood expectations and misapprehensions." It's this form of feminism, not the practical form that won so many practical victories, that drives the "who-lost-feminism" debate, and keeps alive the peculiar notion that if the woman's movement had only been more successful, if only there hadn't been a "backlash," we wouldn't have to deal with Britney and the Desperate Housewives, Cosmo and Maxim — with men picking up the check and cheating on their wives and marrying their secretaries; with women taking their Ivy League degrees and going into full-time motherhood; with the tension between work and parenthood that affects the lives of career women, for reasons both cultural and biological, far more than the lives their male competitors.

"Little did I realize," Dowd writes, "that the feminist revolution would have the unexpected consequence of intensifying the confusion between the sexes, leaving women in a tangle of dependence and independence as they entered the 21st century."

But surely anyone with an iota of common sense would have predicted exactly this — that a movement aimed at reshaping society would lead to both great goods and unexpected evils, that it would make some women's lives better than ever before and others worse, that its brave new world would be bright and shining and also leave something to be desired. Feminism didn't lose or fail or falter, it won — and if its victory didn't turn out quite the way people expected, well, they should have expected that.

Ross Douthat is an associate editor at the Atlantic Monthly, the author of "Privilege: Harvard and the Education of the Ruling Class" and a contributing writer to The Daily Standard.