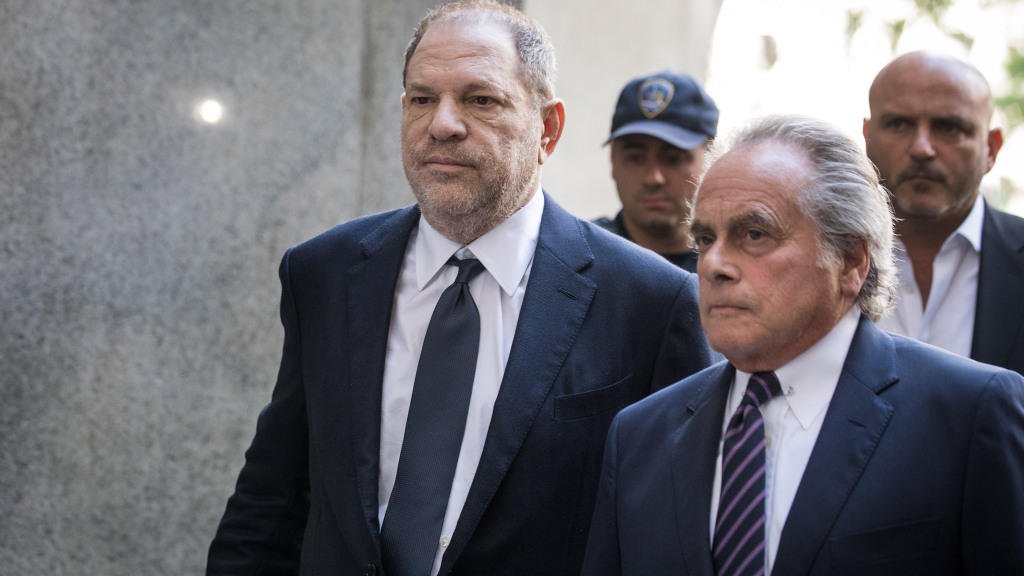 NEW YORK -- Harvey Weinstein pleaded not guilty to rape and criminal sex act charges in a brief hearing Tuesday before a judge in New York, and his lawyer vowed afterward to try and beat the case even before it goes to trial. Weinstein limped from an SUV and was escorted past a big crowd of journalists before spending a few minutes answering a series of yes and no questions from the judge asking if he understood his rights.

He was expressionless during the brief hearing and spoke softly as he said, "Not guilty," CBS News' Jericka Duncan reports.

He didn't stop to speak with journalists or respond to shouted questions and was back in his waiting SUV in just 40 minutes. His attorney, Ben Brafman, told reporters the case was "imminently defensible" based on what they have learned about the evidence.

"I think today is the first day of this process. We begin our fight now," he said, adding that his defense would include trying to get prosecutors to drop the case. "If we are successful, there may not be a trial."

One alleged victim, who has not been identified publicly, told investigators that the movie mogul cornered her in a hotel room in 2013 and raped her. The other accuser, former actress Lucia Evans, has gone public with her account of Weinstein forcing her to perform oral sex at his office in 2004. The Associated Press does not identify alleged victims of sexual assaults unless they come forward publicly.

Dozens more women have accused him of sexual misconduct ranging from harassment to assault.

"This defendant used his position, money and power to lure young women into situations where he was able to violate them sexually," said Assistant District Attorney Joan Illuzzi, reports CBS New York.

The 66-year-old Weinstein has denied all allegations of nonconsensual sex. Brafman has challenged the credibility of his alleged victims and says his client is confident he is going to clear his name.

Brafman has said the accuser and Weinstein had a decade-long, consensual sexual relationship that continued after the alleged 2013 attack.

"As terrible as the crime of rape is, it is equally reprehensible to be falsely accused," Brafman said.

Manhattan District Attorney Cyrus R. Vance Jr. has said it was predictable that Weinstein's camp would attack the integrity of the women and the legal system.

Vance, a Democrat, came under public pressure from women's groups to prosecute Weinstein after declining to do so in 2015, when an Italian model went to police to say Weinstein had groped her during a meeting.

Police set up a sting in which the woman recorded herself confronting Weinstein and him apologizing for his conduct. But Vance decided there was not enough evidence to bring charges.

Weinstein is out on $1 million bail. He was also ordered to wear a GPS monitoring bracelet and surrender his passport and is only allowed to travel within New York and Connecticut.

A judge ordered the two sides back in court in late September.