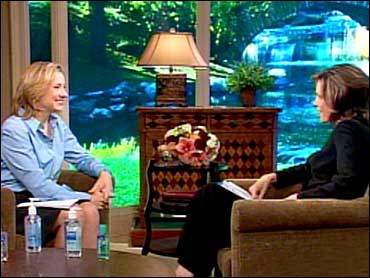 New research shows that alcohol-based hand sanitizers are a good way to prevent the spread of illness in the home, reports The Early Show medical correspondent Dr. Emily Senay.

Researchers from Harvard were to present a study at the Infectious Diseases Society Of America that shows these products work well killing germs and preventing the spread of tummy bugs, or illnesses of the gastro-intestinal system. The researchers say this is the first study to demonstrate these benefits in the home.

The alcohol-based sanitizing gels involve no washing - you just rub them on your hands. The gels dry up quickly, killing germs.

The researchers found that families who used hand sanitizers regularly in the home reduced their risk of stomach illnesses by 59 percent compared to those families who didn't use the sanitizer.

The families had at least one child in day care. They were instructed to put bottles of it all over the house, including the bathroom, kitchen and baby's room. They were encouraged to apply it to their hands after using the toilet, before preparing food, after diaper changes and at other appropriate times.

The sanitizers are not meant to be used as cleaning agents to remove dirt. But they do kill germs, and the researchers concluded that using hand sanitizers is an excellent way to keep your hands clean, as an alternative to soap and water, especially when a sink isn't readily available nearby. They are easier and quicker than hand-washing, and less irritating to the skin.

They theorized that's probably because people were more vigilant about using the sanitizer after a gastrointestinal event like using the bathroom or vomiting, than after a respiratory incident such as nose-wiping or sneezing.

Anti-bacterial soaps have not really been shown to work any better than ordinary soap. Hand washing with soap is also effective at killing germs, but you have to make sure you wash thoroughly for 10 to 15 seconds, or the time it takes to sing "Happy Birthday."