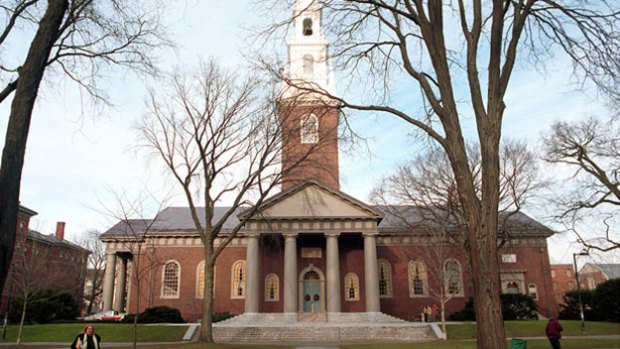 CAMBRIDGE -- Want to get into Harvard? Try not to come across too happy-go-lucky in your application essay, a new report suggests.

According to CBS Boston, a review by education startup AdmitSee found that words like "cancer," "difficult," "hard" and "tough" show up more frequently in successful applicants' essays.

It also discovered that the way applicants refer to their parents can make a difference - "father" and "mother" pop up more often in accepted Harvard students' essays when compared to other Ivy League applicants. Those talking about "Mom" and "Dad" were more likely to be accepted at Stanford University.

Overall, the report finds that successful applicants often take risks with their essays, and Harvard likes those who overcome a challenge.

"What we're finding is that successful essays are not ones that talk about an accomplishment or regurgitate that student's résumé," AdmitSee co-founder Stephanie Shyu told Fast Company. "The most compelling essays are those that touch on surprising personal topics."

Earlier this year, Harvard announced that its acceptance rate dipped to a record low. Just 5.3 percent of this year's 37,307 applicants to Harvard received an admissions letter, the college said.