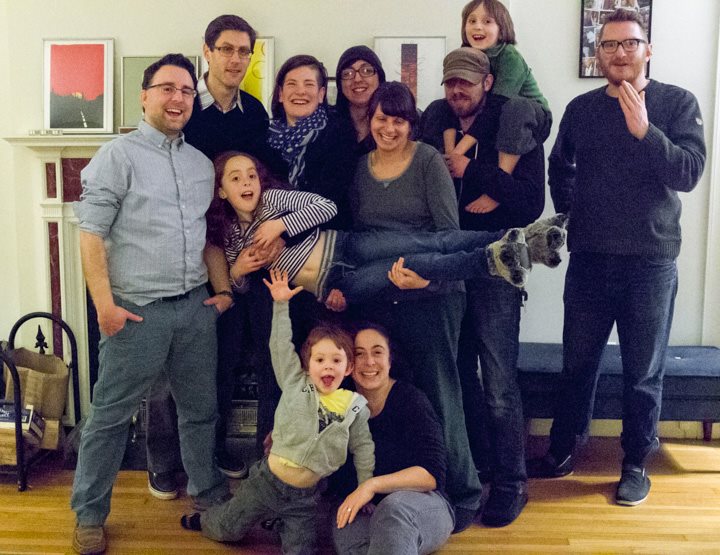 The question of how you define a family is at the center of a dispute in Hartford, Connecticut. Nearly a dozen people, some of whom are not related, live together comfortably in a single-family home. But the city of Hartford says under its zoning code, that kind of living arrangement is not allowed, and they could be forced to split up, reports CBS News correspondent Anna Werner.

Just like like others, the home making headlines was purchased by a "family" who live in apparent domestic harmony -- except they're not. The group of 11 actually includes three couples, with three children and two single people. They're all longtime friends who decided years ago they wanted to live together.

"I think there's a real extension of our values as people," English teacher Kevin Lamkins said. "The values I'm speaking of are sustainability, cooperation, living more, living well but within your means. Being connected to other people and not being in a silo, so to speak."

The group of friends includes three teachers, a grants manager and a mental health therapist.

"It's not a cult, there's no religion, there's no intermingling," Julia Rosenblatt said. "We're really living like most people are, you know, we are just doing it together."

They purchased the nine-bedroom home and moved in last August. They have a legal partnership agreement and a shared bank account to pay expenses. The group has spent $30,000 so far to repair the home which was built in 1921.

They all say it works well, but some neighbors apparently don't agree.

Someone complained to the city, which determined in October that the living arrangement violates the zoning code for the neighborhood, which specifies that although the houses may be massive, no more than two unrelated people can live in them. It came as a surprise to the group.

"We did some research and the reason we thought we were OK is because specific to this area, there's a density clause. Only a certain amount of people per acre. And we more than fit that," Rosenblatt said.

Last month, they appealed and lost. They now have to decide whether to fight the decision in court or break up the group, and sell.

"It's been terrifying; it's been really stressful. We're just getting into living together and functioning as a family with all 11 of us and it's already become pretty precious, I think, to all of us," freelance theater teacher Hannah Simms said.

"Historically, it was to rule out things like boarding houses or rooming houses," Whitney said. "It would be wise of Hartford to look at their definition of family; How does it work? Is it doing what you want it to do?"

This group says, in their case, definitely not.

"It's preposterous. Whomever is in your home, who you love, is who your family is," Josh Blanchfield said. "And the notion that the city is going to discount that is unacceptable to us."

Some cities and towns have found a way to address these living arrangements. They call it a "functional family," and that definition actually describes this group pretty well: They must have an ownership interest, share housekeeping duties, which usually means is there is only one kitchen and other specifications so that these homes don't end up as boarding houses.

As for the neighbors who allegedly made the initial complaint, none who we contacted would comment on camera.