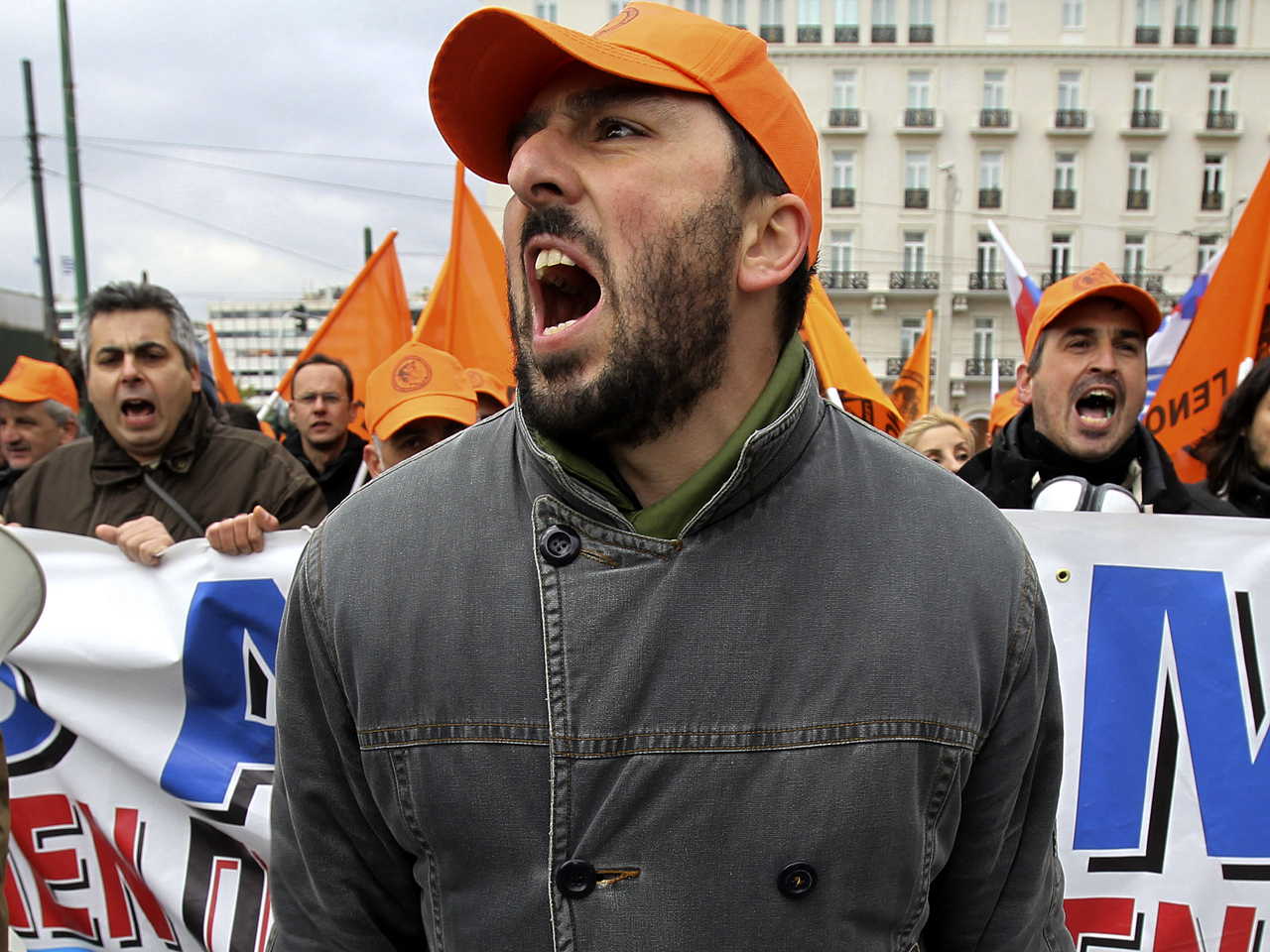 ATHENS, Greece - Taking negotiations to the eleventh hour, Greece announced an agreement Thursday on new austerity cuts demanded by its international creditors to release a euro130 billion ($173 billion) bailout, shortly before a crucial meeting of finance ministers in Brussels.

A statement from Prime Minister Lucas Papademos' office said talks "were successfully concluded" with representatives of the European Union, the European Central Bank and the International Monetary Fund — collectively known as the "troika".

The statement said leaders of the parties backing Papademos' coalition government had accepted the outcome of the talks with the three organizations.

"Therefore, there is a general agreement on the content of the new (bailout), ahead of tonight's meeting" of finance ministers from the 17 eurozone members in Brussels, the statement said.

A spokeswoman for Papademos' office said the deal will allow alternatives to the pension cuts rejected early Thursday during a marathon meeting of coalition party leaders. She did not elaborate on what the alternative proposals were.

The spokeswoman spoke on customary condition of anonymity.

Mario Draghi, the president of the European Central Bank, confirmed the latest stage in the austerity talks, telling reporters at a press conference in Frankfurt, Germany that the Greek party leaders had accepted the terms of the deal.

Although all the other cuts demanded by the troika were approved — including a 22 percent cut in the minimum wage, firings 15,000 of civil servants and an end to dozens of job guarantee provisions — party leaders had balked at new pension cuts worth an estimated euro300 million ($400 million), leaving the bailout in limbo and the threat of bankruptcy high.

The deal came shortly after Greek Finance Minister Evangelos Venizelos arrived in Brussels for talks on the new bailout with his colleagues from the 17 euro countries.

"It is up to the eurogroup to decide at the highest level if the conditions are in place to proceed with the second (bailout) program," said Amadeu Altafaj Tardio, a spokesman for the European Commission, one of the three institutions charged with negotiating the rescue conditions.

Also attending the meeting in Brussels will be Christine Lagarde, the head of the International Monetary Fund, and Draghi.

Greece needs the bailout by March 20 to redeem euro14.5 billion worth of bonds coming due.

A forced bankruptcy then would likely lead to the country's exit from the euro common currency, a situation that European officials have insisted is impossible because it would hurt other weak countries like Portugal, Ireland and Italy.

But financial analysts fear a chain reaction similar to the financial meltdown triggered by the collapse of investment bank Lehman Brothers in the fall of 2008.

Greece has been kept solvent since May 2010 by payments from a euro110 billion ($145 billion) international rescue loan package. When it became clear the money would not be enough, a second bailout was decided last October.

There is considerable resistance in Greece to further austerity, after two years of vicious spending cuts that have failed to drastically improve the state finances — instead fueling galloping unemployment and a deep recession.

Federiga Bindi, senior fellow at the Center for Transatlantic Relations at Johns Hopkins University, worries that more austerity isn't the answer for Greece. She says more budget cuts and tax increases will be counterproductive, weakening the economy even more, causing tax revenues to fall and spending on unemployment benefits and other social programs to rise.

Ilias Iliopoulos, secretary-general of the ADEDY civil servant union, told the AP protest rallies will be held outside Parliament in central Athens on the two days, and on Sunday when lawmakers are expected to vote on the new austerity measures.

Previous anti-austerity protests have turned violent, and three people died in a bank torched by rioters in 2010.

After decades of government overspending, compounded by costly political patronage, tax evasion and a strong union movement deeply linked with governing parties, Greece is in a sorry mess: The economy is set to contract for a fifth consecutive year, the government still spends almost ten percent more than it earns and unemployment is at a record high of nearly 21 percent — with the number of jobless exceeding one million in November according to figures released Thursday.

Venizelos warned that Greece's "survival over the coming years" depends on the bailout and a related debt-relief agreement with private creditors.

"It will determine whether the country remains in the eurozone or whether its place in Europe will be endangered," he said early Thursday, after twelve hours of talks with party leaders and debt inspectors in Athens.

"The political leaders in Athens are campaigning," he said. "They need to be seen by the Greek population as fighting until the very last drop of blood. ... They are facing off against the Germans and IMF and the rest of the world."

The government has said it will call elections for late April.

"The real crunch time is going to be September or October," Kirkegaard says. By then, a new Greek government, put into office in an April election, would have shown whether it intended to live up to Wednesday's agreement to cut government spending and enact economic reforms

In addition to the bailout talks, Greece is close to an agreement with private investors who hold more than half of its debt to sharply reduce the country's borrowing costs. The deal would involve investors swapping their old bonds for new ones with half the face value, lower interest rates and longer maturities.

All in all, banks, pension funds and other private holders of Greek debt would face 70 percent losses, while Greece will be relieved of about euro100 billion in debt.