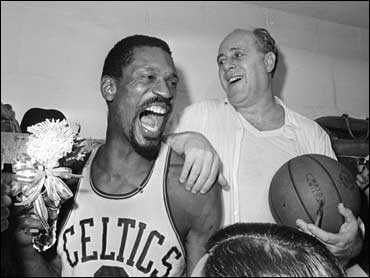 A federal judge has rejected a writer's claims that she was plagiarized by "Harry Potter" author J.K. Rowling and in turn fined her $50,000, saying she "perpetuated a fraud."

"The court finds, by clear and convincing evidence, that Stouffer has perpetuated a fraud ... through her submission of fraudulent documents as well as through her untruthful testimony," the judge wrote in an opinion dated Tuesday.

The ruling was a summary judgment on claims and counterclaims dating back to 1999 between Stouffer and Rowling and Rowling's representatives, including U.S. publisher Scholastic, and Time Warner Entertainment Co., which owns "Harry Potter" film and merchandising rights.

"We never had any doubt that Harry Potter and his world came from the rich and extraordinary imagination of J.K. Rowling," Scholastic president Barbara Marcus said in a statement Wednesday.

"We were surprised and disappointed with the decision," he said. "We were particularly troubled by the court's determination that she submitted falsified evidence. She adamantly denies that."

Stouffer has said she wrote several books in the 1980s, including "The Legend of Rah and the Muggles," and a series of "Larry Potter" stories. On her web site (http://www.realmuggles.com), she said each title had a first printing of 100,000, and all sold out within a week.

Rowling's first Potter book, "Harry Potter and the Sorcerer's Stone," came out in 1997.

"Rah and the Muggles" and some "Larry Potter" books were released last year by Thurman House, a Baltimore-based company that has since gone out of business. Sales were poor and the major superstore chains, Barnes & Noble and Borders, declined to stock them, citing inferior quality.

Stouffer's primary complaint against Rowling concerned references to "Muggles" in the Harry Potter books. Stouffer claims her Muggles, who populate "The Legend of Rah and the Muggles," came first.

In Rowling's books, "Muggles" is the word wizards use for non-magical humans. In Stouffer's world, Muggles are bald, mutated nuclear holocaust survivors whose dark and polluted land becomes a happy place after they end up caring for orphaned twin boys.

"Stouffer has not produced any evidence indicating that there has been actual confusion between the two uses," wrote Schwartz, who also disputed allegations by Stouffer that she had received e-mails from readers noting similarities between her work and Rowling's.

"There is nothing in the record, beyond Stouffer's conclusory allegations, which indicates Stouffer ever received such letters," Schwartz wrote.

Schwartz also questioned whether she created the "Larry Potter" character before Rowling's series debuted. A title page and other materials supposedly dating back to the 1980s used technology not in existence at the time, he ruled.

In addition, Schwartz found that Stouffer had produced invoices for sales that never took place and submitted an advertisement from the 1980s that was later altered to include the word "Muggles."