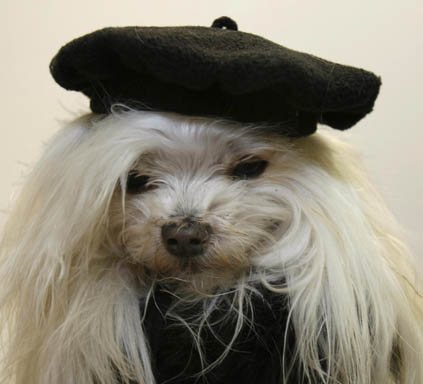 If Harry Potter knew how to wave his wand and make this problem go away, he probably would.

Pirated versions of the smash hit Harry Potter movie popped up in back street stalls around Hong Kong on Sunday, weeks before the film about the English boy wizard is due to open in the territory.

"Harry Potter and the Sorcerer's Stone" will not hit the silver screen in Hong Kong until December 12.

But street peddlers in the teeming Wanchai district were already offering counterfeit copies of the smash hit for around HK$20 (US$2.56) each, a fraction of what moviegoers will pay.

The blockbuster produced by Warner Bros Pictures, a unit of AOL Time Warner Inc, has left fans in both the United States and Britain spellbound after its release on November 16.

The movie about the boy wizard grossed $83.5 million in the U.S. and Canada for the five days beginning Wednesday and more than $188 million in ten days, bypassing 1999's "Toy Story" to become the largest-grossing movie ever for the Thanksgiving holiday.

Despite a crackdown on copyright piracy by authorities in Hong Kong in recent years, the problem has persisted.

Illegal vendors have managed to find ways to carry on business as usual, often offering sneak previews of Hollywood blockbusters before their public release.

Because of the government's new vigilance, stalls in some shopping arcades are left unmanned, with a shoe box at the door containing small change saying "take your own change."

Customers dutifully pay after helping themselves to the videos, tapes and DVDs of their choice.

Customs officials insist, however, that the problem has vastly improved from days when the territory was on a piracy watch list issued by the U.S. government.

Hong Kong was taken off the list in 1999, when U.S. officials said they were satisfied that Hong Kong had toughened measures to stop the problem.

© MMI, CBS Worldwide Inc. All Rights Reserved. This material may not be published, broadcast, rewritten, or redistributed. Reuters Limited contributed to this report