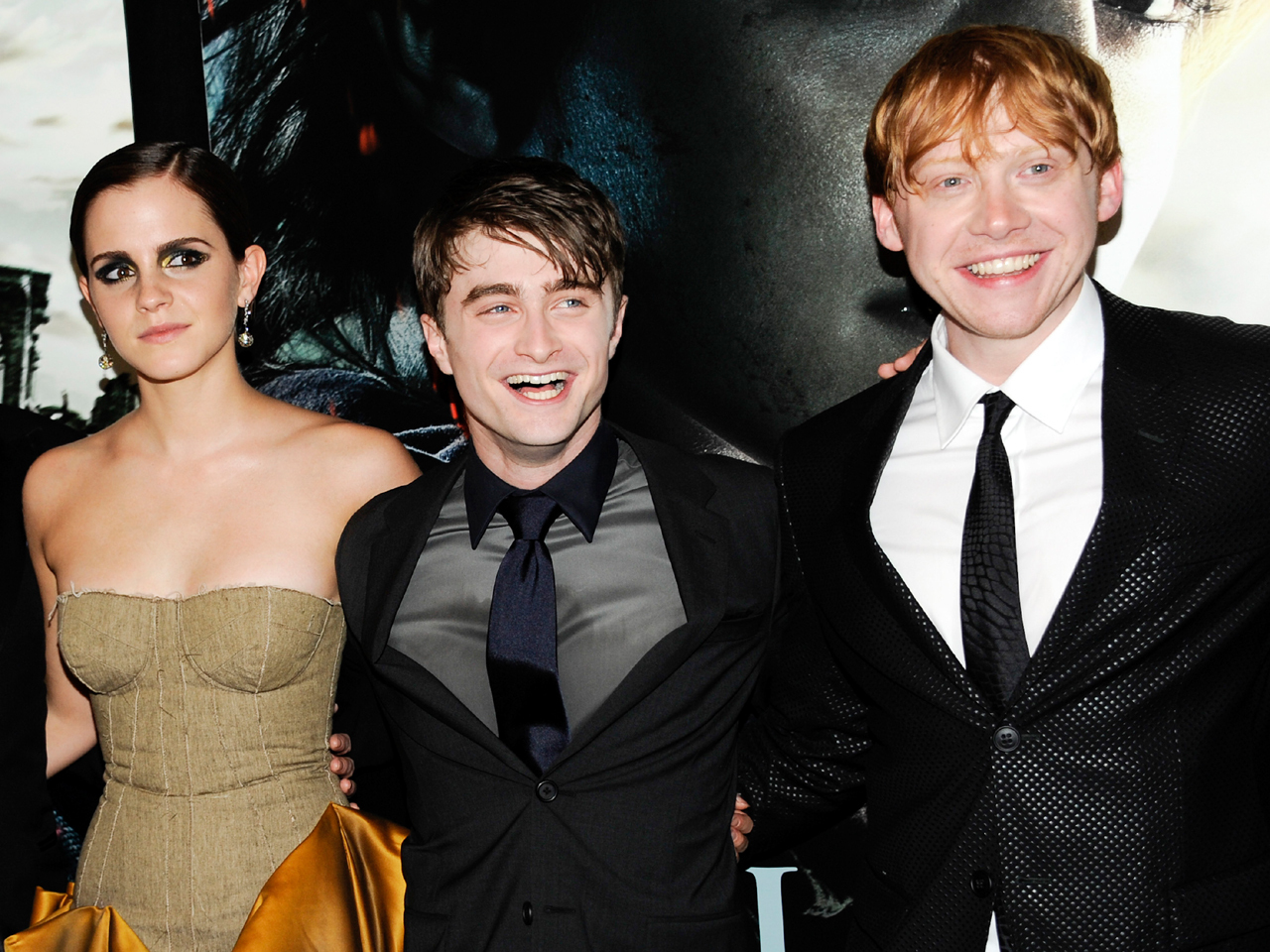 "Harry Potter and the Deathly Hallows: Part 2" had its premiere on Monday night, and many of the film's stars were on hand for the event, posing for photos on the red carpet and signing autographs for fans.

Emma Watson stepped out in a bold Bottega Veneta dress with a linen bustier and draped skirt, finishing the look with dark eye makeup, long earrings and slicked-back hair. Her co-stars Daniel Radcliffe and Rupert Grint, both dapper in black suits, were also in attendance, along with fellow cast members Matthew Lewis, Alan Rickman and Tom Felton.

The event took place at Lincoln Center's Avery Fisher hall, with an after-party - complete with a Hogwarts cake created by "Ace of Cakes" star Duff Goldman of Charm City Cakes - at the Museum of Natural History.

Fans camped out for days to get a glimpse of the stars as they promote the eighth and final film in the "Potter" franchise. The movie's world premiere took place last week in London's Trafalgar Square, with writer J.K. Rowling also on hand for the debut.

Watch the CBSNews.com report from the "Deathly Hallows" red carpet:

Todd and Julie Chrisley could be sentenced to more than 10 years in prison
Thanks for reading CBS NEWS.
Create your free account or log in
for more features.
View CBS News In
CBS News App Open
Chrome Safari Continue
Be the first to know
Get browser notifications for breaking news, live events, and exclusive reporting.