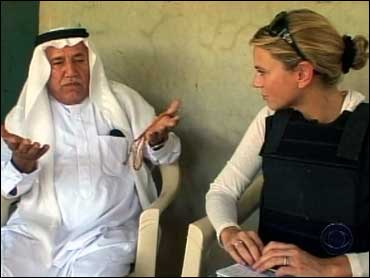 More than a thousand Libertarians gathered at the party's national convention on Sunday nominated Tennessean Harry Browne, their 1996 candidate for president, to run again in 2000.

The 67-year-old investment banker from Nashville acknowledged he has little chance of winning the presidency, according to CBS News Reporter Steve Futterman.

Browne does say it is his hope that the campaign ahead will reinvigorate what was formerly the nation's top third party.

"We're the only political party that's offering to set you free," Browne said. "It's the most powerful political message in the world."

"We want at least a million votes," Browne tells CBS News,"How far over that we can go, I don't know."

Is there any basis for optimism? "We are better financed this year," says Browne. That means more people are going to vote for us."

Officials with the Libertarian Party, which advocates individual liberties over expansive and expensive government programs, claim some 30,000 dues-paying members.

The party also identifies itself as the biggest third party movement in the United States.

However, the party has lacked the star power of the Reform Party and the Green Party in recent years.

He has proposed a 12-step program that would eliminate income taxes, Social Security, the war on drugs and federal welfare.

Among the candidates for the vice presidential nomination was Steve Kubby of Squaw Valley, Calif., the Libertarians' 1998 candidate for governor of California.

Kubby, a backer of the medical marijuana law Californians' passed in 1996, ran fourth in the governor's race but made headlines last year when he and his wife were arrested and charged with possessing drugs for sale after authorities found 300 marijuana plants in their home. The case has not yet gone to trial.