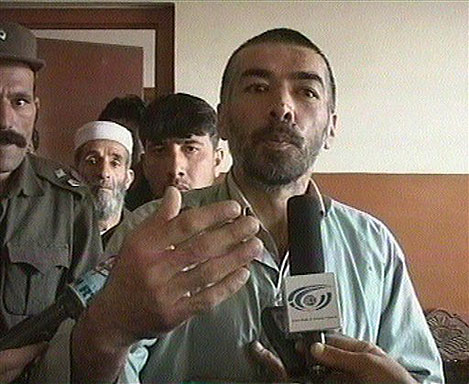 Harrison was deeply touched by the mountain of "get well" messages which poured in during his time in Harefield Hospital in northwest London. Harrison left the hospital on Saturday evening, but asked hospital staff not to release the news until Sunday.

"He and his wife, every time we saw them did reiterate their wishes that we should thank them on their behalf," said hospital spokeswoman Averil Slade. She added that the rock musician was a very good patient.

"We enjoyed having him. And we wish him and his family peace, a good new millennium and that's it really," she told CBS Radio News.

Harrison is expected to make a full recovery in a few weeks.

"I think it was very fortunate that the wound was were it was and not farther over to the left because that might have been much more serious," Slade said.

A British court on Friday ordered a 33-year-old man to be held in a psychiatric unit after he was charged with the attempted murder of the ex-Beatle and his wife, Olivia.

Magistrates in the southern England city of Oxford said Michael Abram should be detained at a secure psychiatric unit in his home city of Liverpool -- also the birthplace of the Beatles.

Father-of-two Abram, who appeared in court with a black eye and bloodstained face, was given bail until February 11 while he undergoes psychiatric treatment.

The attack revived memories of the 1980 killing of ex-Beatle John Lennon by a deranged fan in New York.

Police said the attacker had plunged a seven-inch (18-cm) knife into Harrison's chest just an inch from his heart.

Olivia Harrison's saved her husband's life when she stunned the intruder by hitting him on the head with a lamp after a struggle through three rooms in the couple's mansion.

The Harrisons then overpowered the man and held him until police arrived. Mexican-born 51-year-old Olivia suffered only superficial injuries and bruises.

©1999 CBS Worldwide Inc. All Rights Reserved. This material may not be published, broadcast, rewritten, or redistributed. Reuters contributed to this report