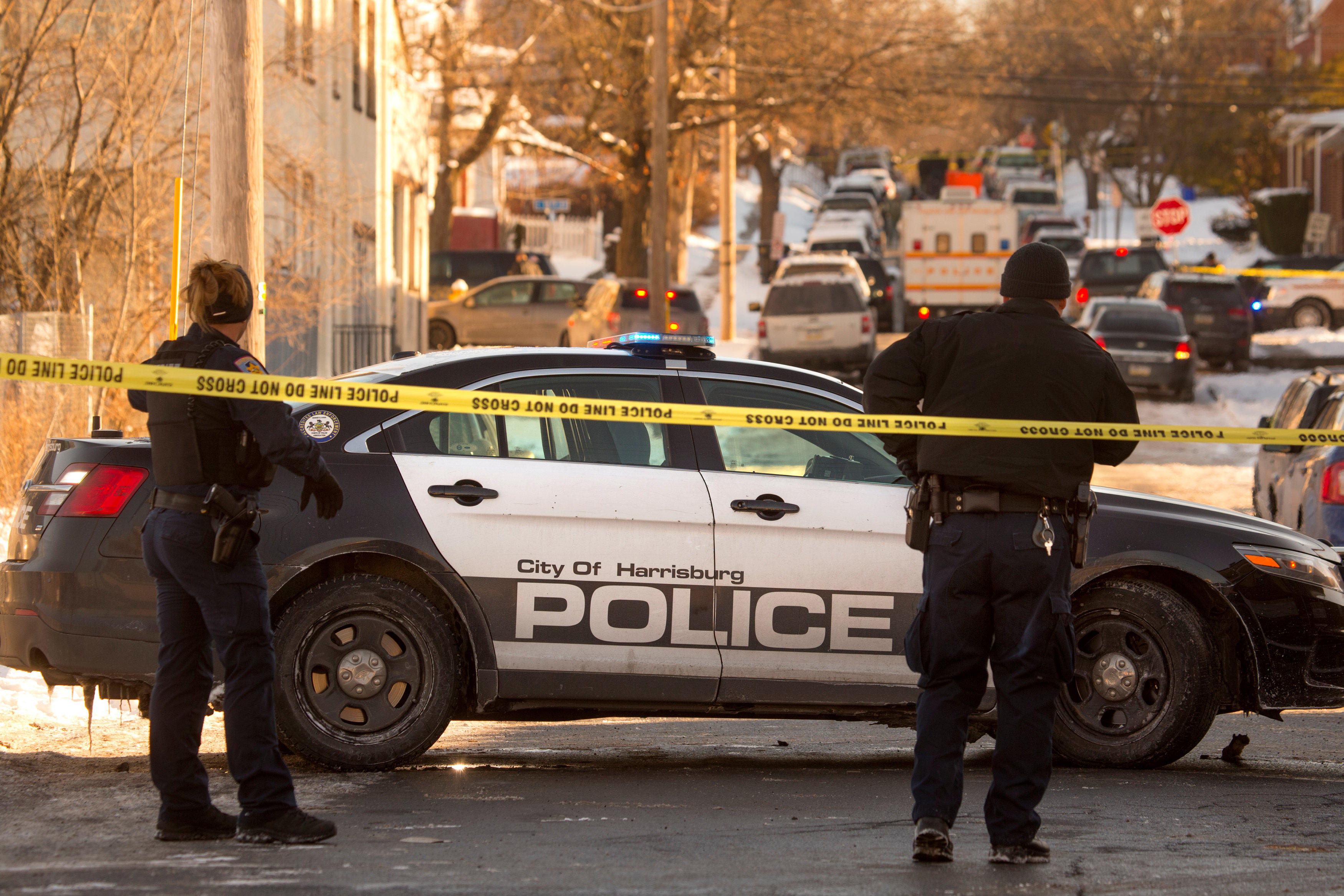 HARRISBURG, Pa. -- A U.S. marshal was killed when members of a federal task force served an arrest warrant in Harrisburg, Pennsylvania, early Thursday, the U.S. Marshals Service (USMS) said. Two other officers were shot and injured in the incident.

The USMS identified the marshal who was killed as Christopher David Hill, a 45-year-old deputy marshal. The USMS said the injured officers were treated for non-life-threatening injuries.

"[Hill] was a devoted public servant who dedicated his life to making his community and this nation safer. We will never forget his commitment and courage," said David J. Anderson, acting deputy director of the USMS. "The nation lost a hero today."

At a Thursday press conference, U.S. Marshal Martin Pane said Hill was a father of two, an 11-year-veteran of the U.S. Marshals service and an Army veteran.

"He will be missed, and words cannot say how much," Pane said.

Members of the federal task force were executing a search warrant around 6:10 a.m. for the arrest of Shayla Lynette Towles Pierce, who was wanted by the Harrisburg Bureau of Police for terroristic threat offenses, the USMS said. Pierce was found with several children on the second floor of the home. After detaining and handcuffing Pierce outside the home, the USMS says a male suspect opened fire on the officers from the second floor of the home, striking Hill, York City Police Officer Kyle Pitts and a Harrisburg police officer.

The gunman was killed in the shootout, and Pierce was taken into custody, according to the USMS. Hill was taken to a hospital, where he died.

The York Police Department confirmed one of its officers assigned to the USMS task force was shot and injured in the incident, CBS affiliate WHP-TV reports. The police chief in Harrisburg told a WHP-TV reporter that the officers are "OK."

Officials said Pitts is undergoing surgery and is expected to recover.

"No words can adequately express the sadness we feel at this moment as we contemplate the loss of yet another law enforcement officer in the line of duty," Harrisburg Mayor Eric Papenfuse said. "I extend my sincerest condolences to the family of the slain U.S. Marshal, to his colleagues and to all law enforcement officers who risk their lives each day to protect and to serve our city and our nation."

Pane said Hill was a member of a highly-trained special operations group and led a team during the manhunt for Eric Frein, who ambushed two Pennsylvania troopers at a police barracks in 2014 and then led officers on a 48-day manhunt through rugged terrain. Frein was sentenced to death last year.

Crying, Pane said of the slain marshal, "The Hills lost a husband, a brother and a father far too soon, and our community lost a hero doing nothing more than his duty."