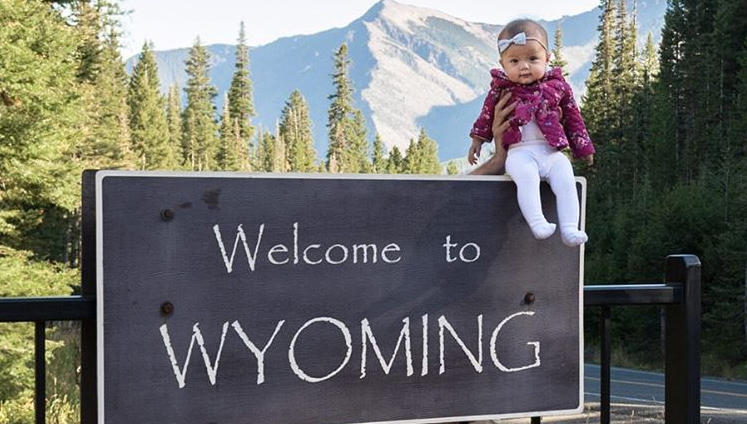 A 5-month-old baby is set to become the youngest member of the All Fifty States Club, and her parents hope its only the start of a life full of "confidence and curiosity." Little Harper Yeats has been traveling with mother Cindy Lim and father Tristan Yeats, who have been documenting their ambitious tour of the United States on Instagram over the last four months.

Cindy and Tristan, who hail from Canberra, Australia, have been living in Canada for the last three years and visiting the states in pockets at a time.

The couple was on maternity leave after Harper was born and they set their sights on another U.S. trip  –– except they didn't plan on seeing all of it with their newborn right away.

They started the trip by entering Maine in June and it wasn't until they looked into an All Fifty States Club membership –– and the possibility of Harper becoming the freshest face in group –– that the idea caught traction.

"Why not go to all 50 states?" Cindy said. "It was just our plan to do it together and have fun."

They've nearly completed their journey, having visited more than 40 states and counting. On social media, dozens of pictures feature Harper being held, and often smiling, in front of state signage or popular tourist attractions.

"She wakes up every morning happy and smiling," Cindy said. "I like to think its impacting who she will become."

Now on the latest leg of their journey, the family heads to Ohio next before ultimately finishing up on Oct. 18 in Vermont, No. 50 on the list. Despite the obstacles associated with the trip, the family is proud they did it together.