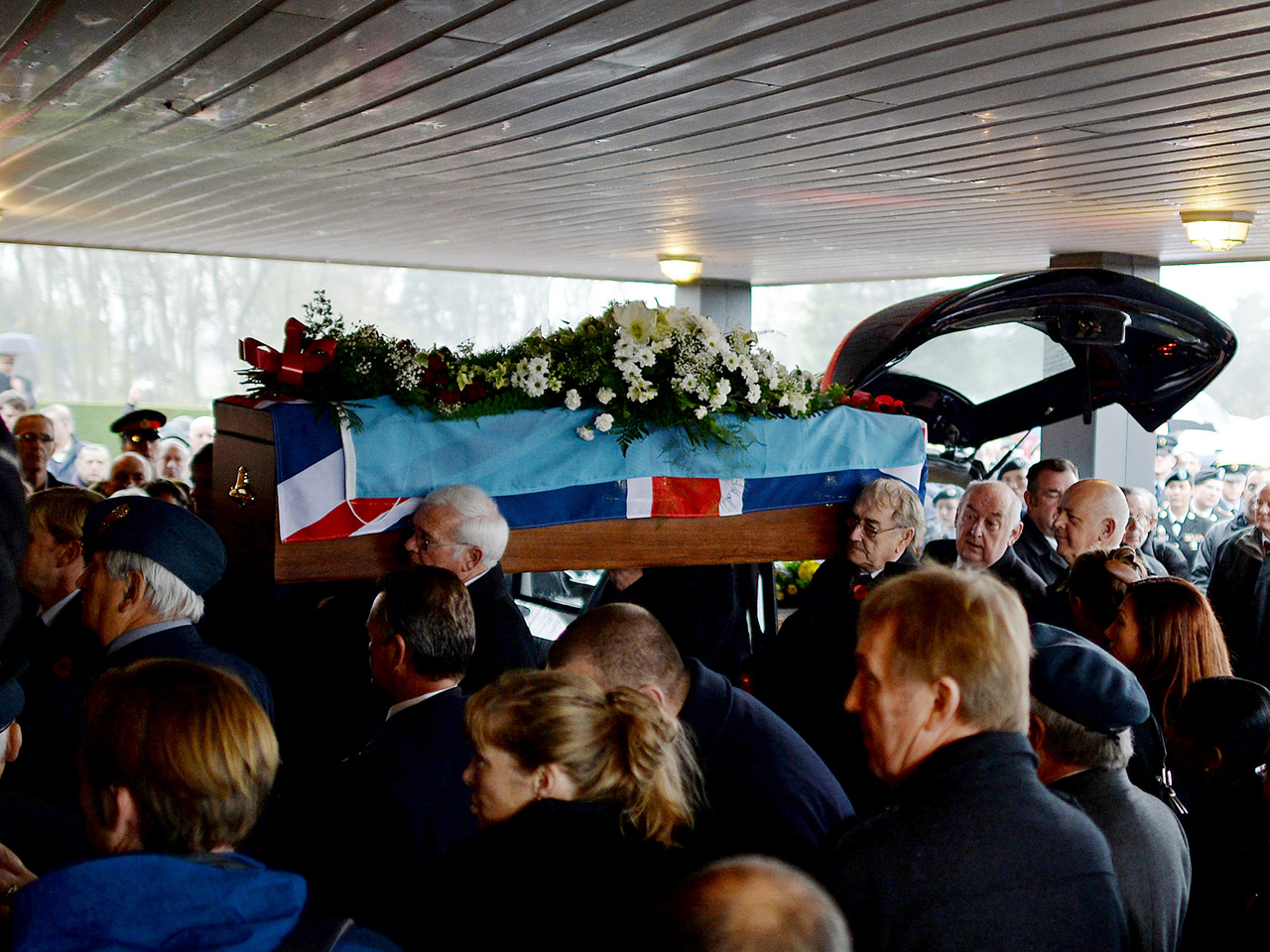 LONDON "We will remember them," says the "Ode of Remembrance" recited around the world each Armistice Day.

Hundreds of Britons took the message to heart Monday, attending the funeral of a 99-year-old former World War II airman they had never met.

Harold Jellicoe Percival died Oct. 25 at a nursing home in Lytham St Annes, northwest England. He had never married, had no children, outlived his siblings and was described as "a solitary man," reports Sky News.

A funeral home placed an advertisement in the local newspaper, the Blackpool Gazette, which also ran a story about it, asking military personnel to attend the service so his passing would not go unmarked.

The ad was taken up on Twitter and other social media, and several hundred soldiers, veterans and civilians gathered at a crematorium Monday to pay respects to Percival, who served as ground crew with Royal Air Force Bomber Command during the war. Scores of people who could not fit inside the chapel stood outside in the rain.

Funeral director Dawn Whitehead-Brown told Sky News: "It is humbling and heartwarming to see so many people who never knew this man turn up here to pay their respects.

"We had no idea what kind of response we would get when we put the ad in the paper ... but to see this turnout is unbelievable."

The Rev. Alan Clark, who led the funeral service, said: "You have come in numbers surpassing anything that was expected, not because you knew him, but because each of us has a common humanity."

Mourners observed a two-minute silence for victims of war before Percival's coffin, draped in a blue RAF flag, was carried into the crematorium chapel to the strains of the "Dambusters March." Percival worked as ground crew for the squadron that carried out a daring raid on German dams in 1943.

The service included a reading of "The Lord's Prayer," singing of the hymn "Jerusalem" and the sounding of "The Last Post" bugle call.

"It was completely overwhelming, something we did not expect at all, this huge turnout," said Lorraine Holt, matron of the nursing home. "We have lots of veterans at the home and each and every one of them should be remembered like this."