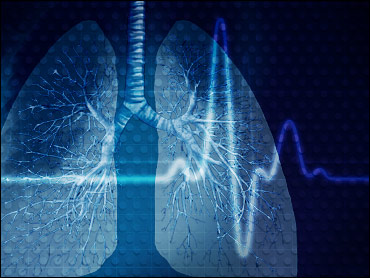 Every day, we breathe in 300 cigarettes' worth of a newly discovered form of air pollution, new research shows.

"We now know that free radicals similar to those in cigarettes are also found in airborne fine particles and potentially can cause many of the same life-threatening conditions," Dellinger says in a news release. "This is a staggering but not unbelievable result, when one considers all the diseases in the world that cannot currently be attributed to a specific origin."

Free radicals are highly reactive compounds that can damage human cells. Scientists have long known that free radicals spew into the air during the burning of fuels or in the same photochemical processes that produce ozone. But they thought they all disappeared in less than a second.

Dellinger says that the chemical methods used to detect free radicals accidentally converted PFRs into molecules that were mistaken for other pollutants. His studies show that these free radicals persist in the air for days or longer.

Fine airborne particles -- the dangerous form of air pollution that triggers bad-air alerts in many cities -- carry PFRs into our lungs.

"We now have evidence that these PFRs are pervasive in the environment and may exist in higher concentrations than most organic pollutants," Dellinger says in his presentation abstract.

One of the hazards of cigarettes is that smokers inhale free radicals directly into their lungs. The new finding suggests that in the form of PFRs, the average person inhales the same amount of free radicals as in 300 cigarettes -- every day.