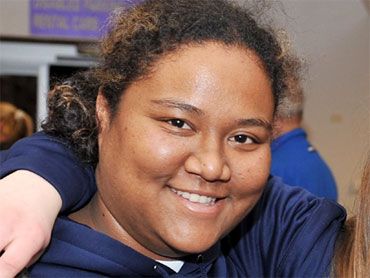 Recently, The Early Show Correspondent Melinda Murphy had a question: With all the fast-paced video games and special-effect movies, it sometimes makes you wish for a simpler time, doesn't it?

Like the days when Harry Houdini amazed audiences without any special effects?

Now, almost a century later, 32-year-old Steve Cohen is following in that tradition.

Cohen's uncle was a magician. "He actually met Harry Houdini when he was a young man and learned some magic tricks from him," Cohen says.

And at the tender age of 6, Cohen started learning tricks from his uncle. Ever since, he has been obsessed with magic.

As he shows an old book, he says, "This is really one of my favorite books ever because it takes both elements of what I do, modern meaning as of today and conjuring meaning going, throwing back to the early stage of what magic used to be."

Cohen goes back to a time when the performances were held in intimate settings, where audiences could see the magic up close and personal.

Cohen has a real knack for slight of hand and he shuffles in ways Murphy says she never thought possible.

But cards are only part of the show. He's also perfected something called "Think A Drink". It starts with everybody in the room writing down their favorite drink.

One by one, he asks an audience member to name a drink - and one by one he produces them...a cosmopolitan, a moccacino, a screwdriver and even chardonnay.

It's a trick he says hasn't been seen on stage in 75 years.

And there's more, like the ring trick where he takes wedding bands from three audience members puts them all in a glass, says the magic words: "Abbra Cadabra." And then voila - they're all joined together!

But Cohen's truly amazing tricks focus on the most advanced technology available, our minds. He even messed with Murphy's.

There is trick after trick of mind-boggling, mind-reading. He asks a woman to pick any word in a book.

"What word were you thinking abou,t ma'am?" he asks a member of the audience.

She says lumberjack, and instead of just coming up with the word itself - that would be too easy - Cohen finds the word's exact location in the dictionary.

And there is more. But why spoil the fun. Suffice it to say, the CBS crew was pretty amazed.

Cohen has a regular Friday night gig at New York City's Waldorf Astoria, but he also performs around the country and the world. He'll be in San Francisco in June.