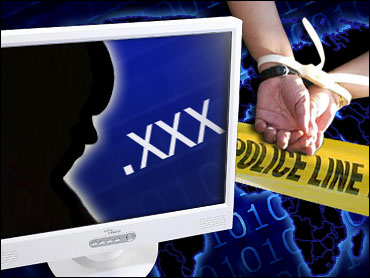 (AP / CBS)
HARRISBURG, Pa. (CBS/ AP) Those long months and years of hard time behind bars will remain even longer for Pennsylvania's prisoners this week, thanks to a new Supreme Court ruling.

The court sided unanimously with the Department of Corrections, which argued for the smut ban. They reversed a lower court ruling that had allowed Brittain's case to continue.

"Brittain's submission of self-serving non-expert averments of fellow prisoners, which merely assert that they do not believe their rehabilitation and treatment are hindered by viewing pornography, were insufficient," wrote Justice Max Baer.

Baer said it is conceivable that some other inmate might be able to make a compelling argument against the prohibition on obscene materials, but "the burden of doing so is high" and Brittain did not meet it.

The Pa. Corrections Department in November 2005 announced a ban on "materials in which the purpose is sexual arousal" as well as images of human nudity. The policy was later amended to allow a case-by-case review of items that may have literary or educational value.

Brittain, convicted of rape in Luzerne County, filed a lawsuit in Commonwealth Court two years ago in which he argued his constitutional rights had been violated. To back up his claim, he offered the statements of six other inmates that nudity did not affect their rehabilitation or treatment, cause them to sexually harass anyone or create a hostile environment for prison workers.

Commonwealth Court declined the prison system's attempt to throw out the lawsuit, but the state appealed and won the reversal issued by the high court on Monday. Brittain, who is serving as his own lawyer in the case, is currently in the Mahanoy State Prison and could not immediately be reached for comment.