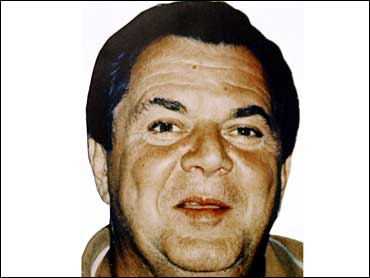 More than 70 years after a bloody mob war ended with a peace producing New York City's five Mafia families, the heads of these crime syndicates are simultaneously behind bars for the first time.

"There was a time when no mob boss was even convicted," said Ronald Goldstock, former head of the state Organized Crime Task Force. "Symbolically, this is one more milestone in the fight against the mob."

Realistically, the mass jailing - indicative of the mob's dwindling 21st century fortunes - could also create street-level tensions and problems between the families that would ordinarily be resolved by the five bosses at Mafia "Commission" meetings, experts said.

"If the situation remains the way it is, problems will begin to arise that are not as easily solved by acting bosses," said author and mob expert Howard Abadinsky.

Most recently jailed was Joseph Massino, 60, reputed boss of the Bonanno crime family. Massino was indicted in January in connection with a 1981 murder tied to the FBI's infiltration of his family by undercover agent "Donnie Brasco."

Two other crime bosses are serving lengthy jail terms, one is being held while on trial, and another is jailed while awaiting trial.

U.S. Attorney Roslynn Mauskopf, noting that the "Commission" emerged after the 1931 Castellamarese War ended with a mob hit in a Coney Island restaurant, said it was appropriate that Massino wound up in a Brooklyn federal court.

"The structure of traditional organized crime was formulated, in large measure, right here in Brooklyn," she said.

For decades after the mob war, the city's bosses operated with impunity, avoiding draconian jail sentences and directing illegal multimillion-dollar operations. Their empire stretched from the Fulton Fish Market to the concrete industry to garbage carting.

When Vito Genovese went away in 1959, it was only after fellow bosses set him up on a bogus drug charge. Genovese died in prison - an extraordinary departure for a mob boss of his generation.

His contemporaries fared better: Joseph Bonanno - aka "Joe Bananas" - died last May at the ripe old age of 97. Septuagenarian Carlo Gambino passed of a heart attack in 1976. Tommy "Three Fingers" Luchese died of natural causes in 1967.

Such happy retirements no longer await: