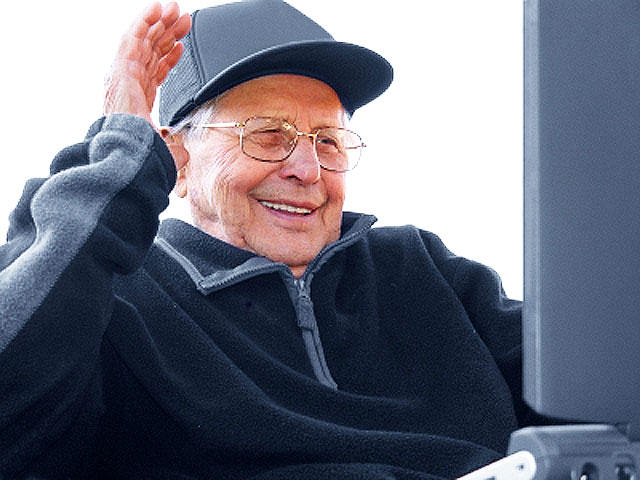 (CBS) Is happiness the key to long life? A provocative new study suggests there might actually be something to that sappy sentiment.

It showed that happy folks were 35 percent less likely to die an early death.

For the five-year study - published in the Oct. 31 issue of Proceedings of the National Academy of Sciences - researchers tracked more than 3,800 older Brits, after questioning them on their emotional states on the first day of the study. The researchers found 7 percent of the least happy folks died by study's end, compared to less than 4 percent who reported the most happiness.

What exactly does it mean?

"We can't draw the kind of final conclusion that the happiness is leading directly to better survival," study author Dr. Andrew Steptoe, professor of psychology at the University College in London, told USA Today.

Then what's behind the findings? Steptoe told The Telegraph that happiness could be representative of something else in a person's life that contributes to good health.

"For example, happiness is quite strongly linked to good social relationships, and maybe it is things like that that are accounting for the link between happiness and health."

Other experts are raining on this parade.

"There is always room for error, of course; if I get a parking ticket or stub my toe on the way to the study, I'm not going to be particularly happy," Dr. Sarah Pressman, a professor of psychology at the University of Kansas, told Health.com.

Dr. Howard S. Friedman, professor of psychology at the University of California at Riverside and co-author of The Longevity Project, told CBS News in an email that "Trying to be cheery is not the royal road to good health."

His book cited research that showed negative emotions like worrying are more associated with longevity, because worrying prompts people to take better care of themselves.

What does he think of the new study?

"It is a good study because it does not claim that trying to be happier will have direct health benefits," Friedman told CBS News. "The problem is that others use such findings incorrectly to promote a 'be happy, don't worry, don't stress' lifestyle which, ironically, leads neither to health nor happiness."