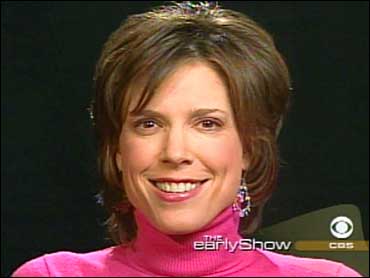 The Early Show wraps up its special anchor series, "My First Job," with a look at where Hannah Storm earned her first paycheck. The following is her report.


It's hard to believe Jessie Carry is all grown up. During her first summer, in 1977, we both had a chance to grow.

Jessie's father, Peter Carry, was a sportswriter in the 1970s. In Sports Illustrated, he wrote about my dad, who was commissioner of the old American Basketball Association. While visiting us in Louisville, Ky., he noticed I had begun studying French and mentioned that he loved to travel in Europe with his wife.

"And that we'd love to have her as our babysitter and she could practice her French," Peter Carry says.

I was a 12-year-old schoolgirl with a new dream: my first trip overseas. I was amazed that someone would trust me with a newborn baby in that setting. Peter and Virginia Carry still summer in France, not far from where our relationship flourished.

By the fall of 1976, Jessie had arrived. Soon after, so did an invitation.

I babysat like crazy; I mean, like a maniac, to earn, I think it was probably some small portion, as it ended up, of my flight. I've never been afraid of hard work and I guess that was probably the beginning of it.

"We were excited for her," says Storm's father, Mike Storen. "I offered to go in her place and you know, Peter wouldn't let me do that."

A recent visit with Jessie brought back so many memories. I showed her my plane ticket and she showed me family photos of me feeding her.

We had just moved to Atlanta, and my summer as an au pair brought me to Brissac, a town more than 1,000 years old in the south of France.

Jessie and I slept in the same room up on the top floor of a chateau.

Images of the staircase, a big tree and a broken-up stone path kept me going down memory lane.

"What I remember is, like, strolling you and how bumpy it was over the stones," I tell her.

And then there was the terrace, where we used to have family meals.

That's what we would do, go to their porch and eat. I remember I had wine for the first time.

Nap time allowed me to write home. But my letters only carried hints about how I was growing up.

In one, I tell the family our standard favorite lunch was "French bread, butter, cheeses (Camembert, Roquefort) and tomatoes."

In the European style, meals often lasted hours. Peter Carry still loves to cook. But that summer, he and Virginia allowed me to get a taste of life.

Peter Carry notes, "These little villages in the south of France all have little festivals during the summertime, so we let Hannah go to these festivals because they had dancing and so on and so forth."

I also wrote about how great it was to be able to talk French with someone my age, to improve my language skills, but I left out the part about meeting a really cute French guy.

Peter Carry says, "One night, when we went to pick her up, suddenly there was somebody named Francois who was with her, too."

I got my first kiss. Isn't that cool? I think it qualified as a kiss. I'm not sure. I think it was pretty innocuous.

"Well, if she got her first kiss in France, her father didn't know about it," Mike Storen says with a laugh.

An entry from my journal reads: "Got up Jessie, cleaned and washed her."

Now that I'm a parent, I wonder if I was very helpful to Jessie's parents.

"She was extremely," Peter Carry says. "She was an automatically helpful kid."

Mike Storen says, "You know, it wasn't just, 'a first job.' It was a first job that combined travel and an educational experience. And the relationships were every bit as important as 'the job.'"

Peter Carry says, "I remember when there were a few tears and so forth when we parted company."

The Carrys trusted me. Their respect gave me confidence and made feel valuable.

And years later, Peter helped me get started on my dream as a sports journalist. He and Virginia are forever my friends.

Peter Carry says, "She was part our adopted child and part our friend. And it was very easy for that to evolve into her becoming strictly our friend, as she grew a little bit older."

Virginia Carry adds, "She just keeps up with people. And I think that's an important thing to do. Enriches your life. And it has enriched ours, too."

Now, Jessie is married. Maybe some day one of my girls will baby-sit for her and her husband, Johnny, in the south of France.

"Why not? Let the tradition continue," Jessie says.

Planes carrying more than 300 Americans arrived at military bases with some of the evacuees already having tested positive for the new cononavirus.