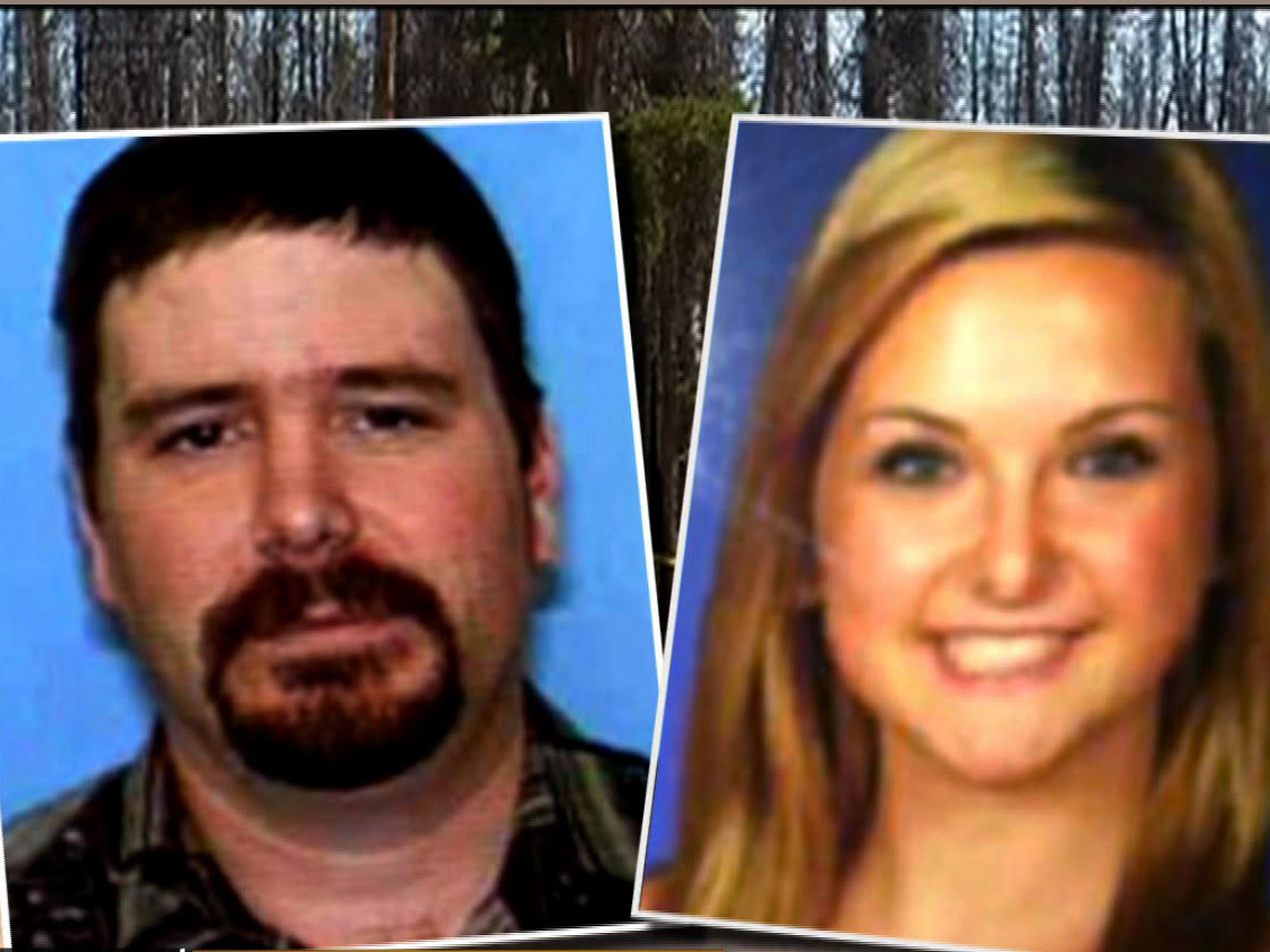 (CBS) -- Speaking in an interview with CBS affiliate KFMB, a woman who went to high school with suspected kidnapper James Lee DiMaggio said DiMaggio's father professed his love to her when she was a teen and said he wanted to "take her away" from her family. When she refused, the unidentified woman said, the elder DiMaggio held her at gunpoint and threatened to kill her, her boyfriend and her brother.

The woman detailed the elder DiMaggio's violent past and the apparent similarities between the 1988 incident, when she was 16, and the alleged abduction of California 16-year-old Hannah Anderson. Ironically, Aug. 10, the same day James DiMaggio was shot and killed in the Idaho wilderness during Anderson's rescue, marks the anniversary of the elder DiMaggio's suicide more than a decade ago, reports the station.

The latest case began when the charred bodies of Hannah Anderson's mother, Christina Anderson, 44, and the teen's 8-year-old brother, Ethan Anderson, were found in DiMaggio's burning house outside San Diego, near the Mexico border.

DiMaggio was close to the family. Christina Anderson's husband, Brett Anderson, has described him as a best friend and said the children thought of him as an uncle. Authorities said they suspected DiMaggio had planned to abduct Hannah Anderson.

DiMaggio told Hannah Anderson a couple months ago he had a crush on her and would date her if they were the same age, said Marissa Chavez, 15, a friend who witnessed the remarks when DiMaggio was driving them home from a gymnastics competition. Chavez said Hannah was "a little creeped out by it."

Following a massive search, authorities were tipped off by horseback riders in the Idaho wilderness that the two were spotted camping there. Saturday, authorities located the pair, and James DiMaggio was shot and killed during Anderson's rescue.

Learning about Hannah Anderson's case brought back chilling memories, the woman told the station. "It was almost a déja vu... It was weird," the woman said.

"When I saw the name, I seriously, my heart stopped for a second," she said.

In 1988, the woman said the elder DiMaggio, James Everet DiMaggio, confessed his love to her. He had been dating her mother and the two had recently split up, reports the station.

"He stuck around for me, he wanted to take me away from my mom and give me a good life, a better life," the woman said. "He could take care of me."

In the Union Tribune archives, an article from December 1989 details the alleged attack, reports the station. The 35-year-old James Everet DiMaggio was arrested after allegedly breaking into his ex-girlfriend's home wearing a mask and carrying a sawed-off shotgun. His ex-girlfriend was not home, reports the station, but a district attorney told the paper he held the woman's teenage daughter and boyfriend at gunpoint.

"I asked him to please not kill us, and he said, 'Don't worry, it will be over quick,'" the woman told KFMB. "I just remember pleading with him."

Unlike Hannah Anderson, the woman told the station that she was able to escape by asking to use the bathroom, and the elder DiMaggio fled.

The younger DiMaggio, whom she knew as "Jimmy," told her at school following the incident that her father would be waiting for her. She left the school that day and changed her name, reports the station.

Another Union Tribune article from 1989 says the elder DiMaggio was also accused of beating another woman and he baseball bat because he owed them, money, reports the station.

"I just had to deal with the mental part, I didn't lose anyone," the woman said, speaking of Hannah Anderson. "I can't even imagine that part of it," the unidentified woman told KFMB. "I just want to hug her and let her know she's a strong woman, she didn't do anything wrong. None of this is her fault."