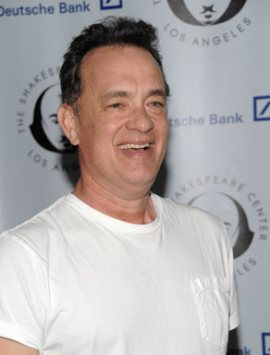 LOS ANGELES (CBS/AP) A former  researcher at the UCLA School of Medicine has been sentenced to four months in federal prison for reading confidential medical files of co-workers and celebrities, including Tom Hanks, Drew Barrymore, and Arnold Schwarzenegger.

Huping Zhou, 47, pleaded guilty in January to four misdemeanor counts of privacy violations, and Tuesday, April 27 became the first person in the country to be sentenced to prison for such an offense, according to the U.S. Attorney's Office in Los Angeles. Zhou was also fined  $2,000.

According to prosecutors, the Chinese immigrant was snooping in confidential patient records both before and after he was given his termination notice in 2003. During that time, he accessed high-profile patient files more than 300 times, including the records of Sharon Osbourne, Barbara Walters, Elizabeth Banks, Leonardo DiCaprio, and Anne Rice.

Zhou's lawyer, Edward Robinson, claims that Zhou, a licensed cardiothoracic surgeon in China, did not know that what he was doing was a federal crime, says the Los Angeles Times. Robinson also pointed out that there is no evidence that Zhou tried to sell any of the information he obtained from the files.

Over the years, UCLA Medical Center has fired several employees for peeking at confidential medical records for such prominent patients as Tom Cruise and Farrah Fawcett, reports the Los Angeles Times.