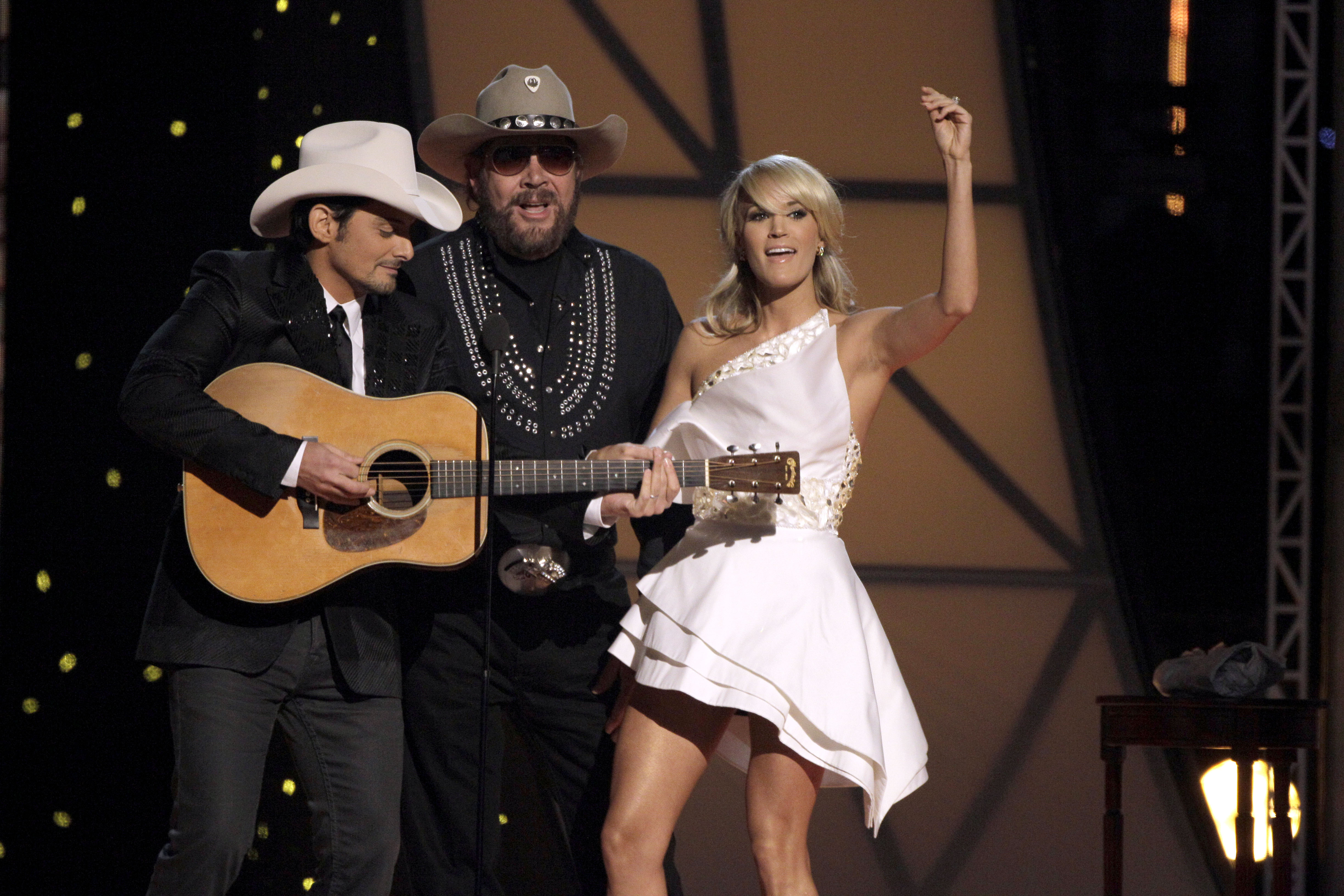 In the show's opening skit, Williams appeared with co-hosts Carrie Underwood and Brad Paisley, after they mocked his controversy with ESPN and his "Monday Night Football" theme song.

In their skit, Paisley and Underwood sang, "You can get drunk and carry on but you can't compare the president to Hitler."

Williams' tune - "All My Rowdy Friends are Coming Over Tonight" - had opened "Monday Night Football" for more than two decades until early October when an uproar arose over remarks the songwriter had made about President Obama.

In an interview with Fox News, the 62-year-old musician used an analogy to Adolf Hitler in discussing the president. He later apologized and said his comments were taken out of context, but by then his song was no longer on ESPN. The broadcast said it had dropped Williams' song, but Williams said he had pulled it from the broadcast.

Paisley began his own version of "All My Rowdy Friends Are Coming Over Tonight," but Underwood interrupted, saying he might make Williams mad.

The crowd roared as Williams walked on stage. Asked if he wanted to say something, Williams said, "No," and the audience went wild.