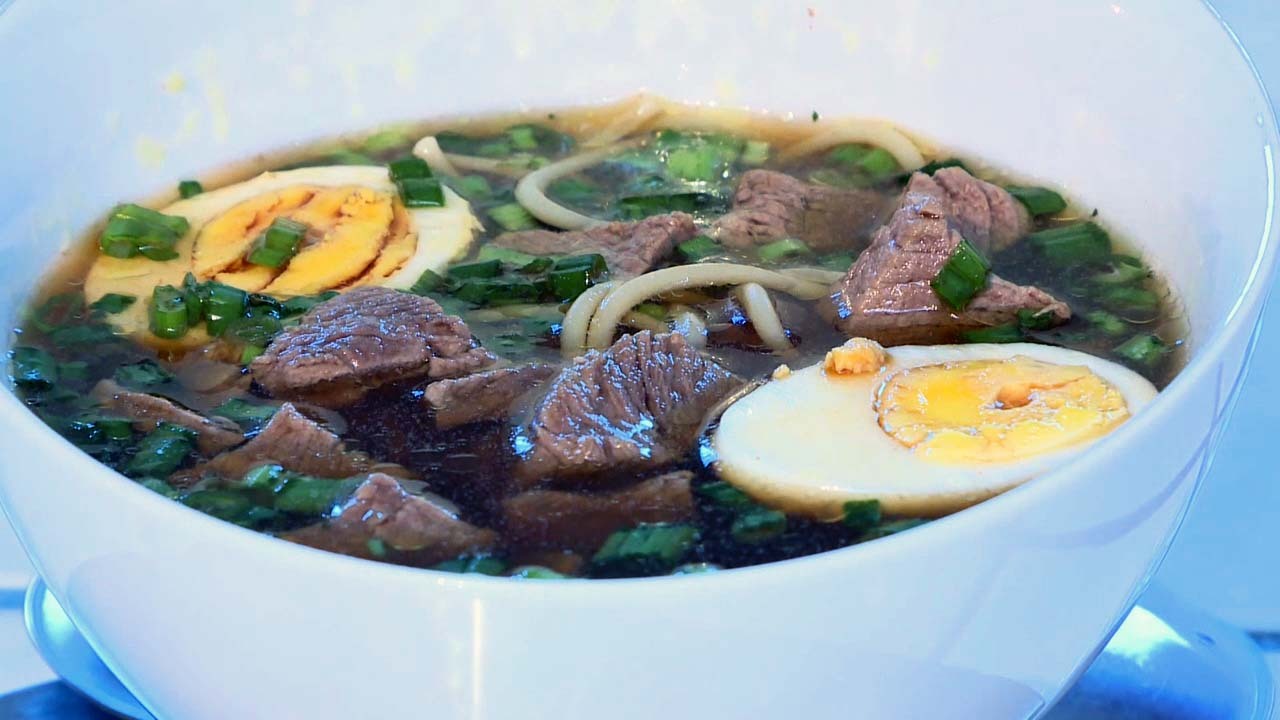 Hangovers can be very unpleasant, causing nausea, pounding headaches and exhaustion after a big night out on the town.

One remedy that's popular in some parts of the country such as New Orleans is chowing down on a big bowl of Yak-a-mein soup, a dish sometimes called "old sober" because of its supposed hangover-curing powers.

Now, one scientist has analyzed the ingredients of the soup and has reached the conclusion that it actually might work as advertised.

"Folklore has it that American soldiers from New Orleans stationed in Korea in the 1950s learned to appreciate Yak-a-mein on the morning after, and brought a taste for it back home," Dr. Alyson E. Mitchell, a professor of food chemistry at the University of California at Davis, said in a news release. "It may be a good example of intuitive science -- an effective remedy, and with the scientific basis revealed only years later."

What exactly is in the soup?

A standard batch may include noodles, meats such as beef, chicken or shrimp, onions or chopped scallions, a sliced hard-boiled egg and a spicy and salty broth with soy sauce.

Mitchell explained that drinking booze can create a "metabolic storm" in the body, with high levels of alcohol in the blood causing dehydration and other negative side effects. When alcohol is broken down in the body by the liver, a toxic substance called acetaldehyde is created, she said. This substance is what causes many hangover symptoms, which can include tremors, sweating, increased pulse and blood pressure, muscle aches, vomiting, thirst, light sensitivity, depression and anxiety.

Congeners, which are colored or flavored additives in alcoholic beverages (that may be found in darkly-colored booze like bourbon and scotch) can also exacerbate a hangover.

The eggs in the soup contain cysteine, according to Mitchell, which helps remove acetyldehyde from the body. The salts found in the broth replace the sodium, potassium and other salts that are lost through urine, which might occur a lot during a night of drinking because alcohol is considered a diuretic. People sometimes turn to sports drinks after drinking to replace these salts, she added.

Vitamin B1, found in some meats, may prevent the buildup of glutarate, a substance that is thought to cause headaches associated with hangovers.

Her research was presented April 9 at the American Chemical Society's annual meeting, which also happened to be in New Orleans.

CBS affiliate KPIX in San Francisco spoke to local-based Creole caterer Daniel Knight and chef Woodrow Conerly of Spice it Up Catering. Conerly got the recipe for his soup from his mother, and often ate it while growing up in New Orleans.

"I'm not a scientist but it works," he said.

One of the best ways to treat a hangover is to prevent one from happening in the first place. Tips include eating fatty foods before you drink to slow alcohol absorption, having a drink of water between alcoholic beverages, avoiding darker drinks with congeners and getting plenty of sleep.

Mitchell also recommended avoiding coffee because it can worsen the dehydration caused by alcohol. Alcohol is eliminated in the body at a rate of about one-half ounce per hour, so don't drink more than one 12-ounce beer, five ounces of wine or one ounce of liquor per hour if you want to get ahead of a hangover, she added. Mitchell noted, however, there's only one sure way to prevent a hangover - don't drink.