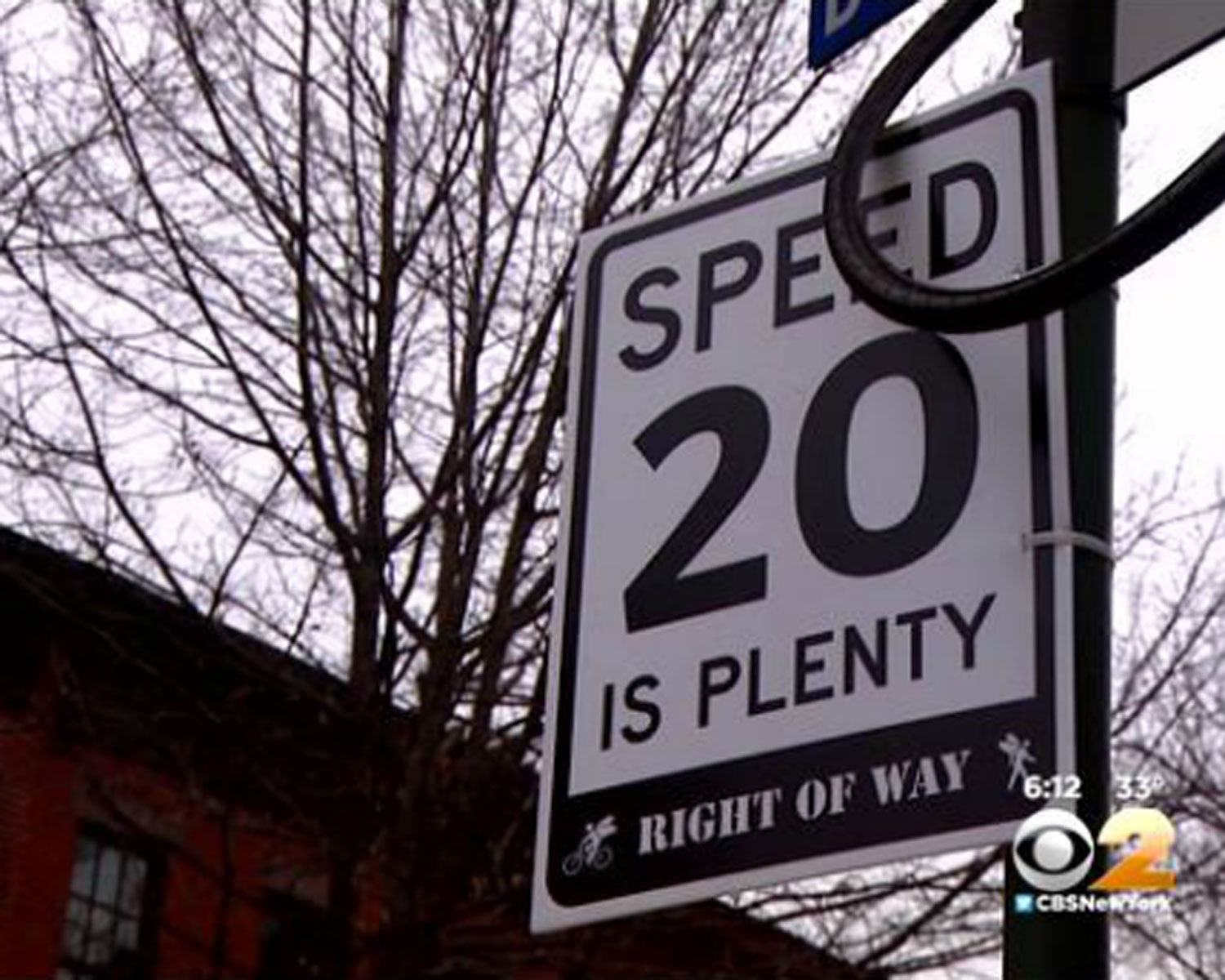 NEW YORK - Anti-speeding activists in New York City are taking matters into their own hands, putting up 20-mile-per-hour speed limit signs that look like the real thing, but aren't.

CBS New York reports the grass-roots effort is aimed at slowing down traffic and reducing pedestrian tragedies. The group behind the campaign said ten communities in four boroughs put up over 100 signs over the weekend.

He said citizens decided they couldn't wait for the city to act.

"We mapped out where communities had applied for Slow Zones and were rejected or were still waiting for groundbreaking on their projects," Stephan told the station.

As a rule the city takes down unauthorized signs.

The NYPD did not immediately respond to inquiries by CBS New York about the legality of the self-made speed limit signs.