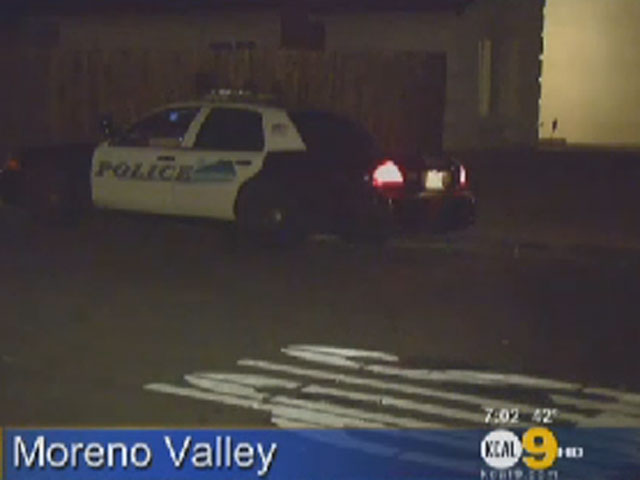 (CBS) - An 18-year-old California man was shot dead by police last week while he was handcuffed and on the ground. Police say he was carrying a loaded handgun.

According to a statement issued by the Riverside County Sheriff's Department, officers responded to a "gang-related 'man with a gun'" call in Moreno Valley at 8:38 p.m. on Friday, Dec. 28.

Once there, the statement says, witnesses told the first officer on the scene that the men brandishing weapons had left in a car, but as the officer was taking suspect descriptions, the car drove by and "a male exited the vehicle and attempted to flee on foot."

The officer then apprehended the man on the ground and handcuffed him, according to the statement.

The sheriff's statement continues: "As this was occurring, an additional officer arrived on scene and observed the subject roll onto his side. The initial officer backed away from the subject and announced that the subject had a gun, at which time an officer involved shooting occurred."

The deceased has been identified as Lamon Khiry Haslip, 18, of Ontario, Calif.

The officer who shot Haslip has been placed on administrative duty. The Los Angeles Times reports that it is unclear whether the first or second officer on the scene fired at Haslip.