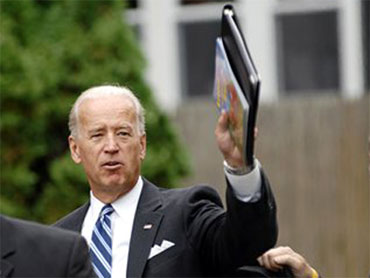 An attorney says he plans legal action against St. Petersburg (Fla.) police officers who handcuffed an unruly 5-year-old girl after she acted up in her kindergarten class.

A video camera, which was rolling March 14 as part of a teacher's classroom self-improvement exercise,

captured images
of the girl tearing papers off a bulletin board, climbing on a table and punching an assistant principal before police were called to Fairmount Park Elementary School.

Then it shows the child appearing to calm down before three officers approach, pin her arms behind her back and put on handcuffs as she screamed, "No!"

Largo, Fla., lawyer John Trevena, who provided the tape to the media after obtaining it from police, says the officers went too far.

"The image itself will be seared into people's minds when you have three police officers bending a child over a table and forcibly handcuffing her," said Trevena, who represents the girl's mother, Inga Akins. "It's incomprehensible. ...There was no need for that."

"Certainly, she shouldn't have been arrested," Trevena told The Early Show co-anchor Harry Smith Monday. "There is certainly a better way of dealing with this situation. …The educators have available to them a number of resources: special counseling, alternative classes, special education. This girl should have been evaluated. She was identified as having problems. This child shouldn't be in the regular class if there was a problem."

Police declined to comment, citing an official complaint by Akins that has sparked an investigation by the supervisor of the four officers who were present. Two are new officers who were being trained that day.

Spokesman Bill Proffitt said the investigation would be complete in about two weeks and the findings would be made public.

The 30-minute tape shows assistant principal Nicole Dibenedetto trying repeatedly to calm down the girl, who ignores her commands and begins punching her. The child's mother was called, but wasn't able to immediately come to the school.

After placing the child in the back of a police cruiser, police released her to her mother when prosecutors informed them they wouldn't bring charges against a 5-year-old.

Why do the mother and Trevena plan to sue?

"Unfortunately, with our system of civil justice, the way that we handle these matters, is you have to sue someone in order to get reform. …To get the reform, you have to make them pay, because if you don't make them pay, they're never going to reform themselves. If they don't have to pony up, there never will be any change.

"The amount is unspecified at this point. We really are going to have to have the girl thoroughly evaluated by professionals to see what long-term damage is going to come of this. Clearly she was traumatized. …She's doing well in her new class. But we're concerned about the long-term effects of this."

Interview requests by The Early Show were denied by both St. Petersburg police and school officials.