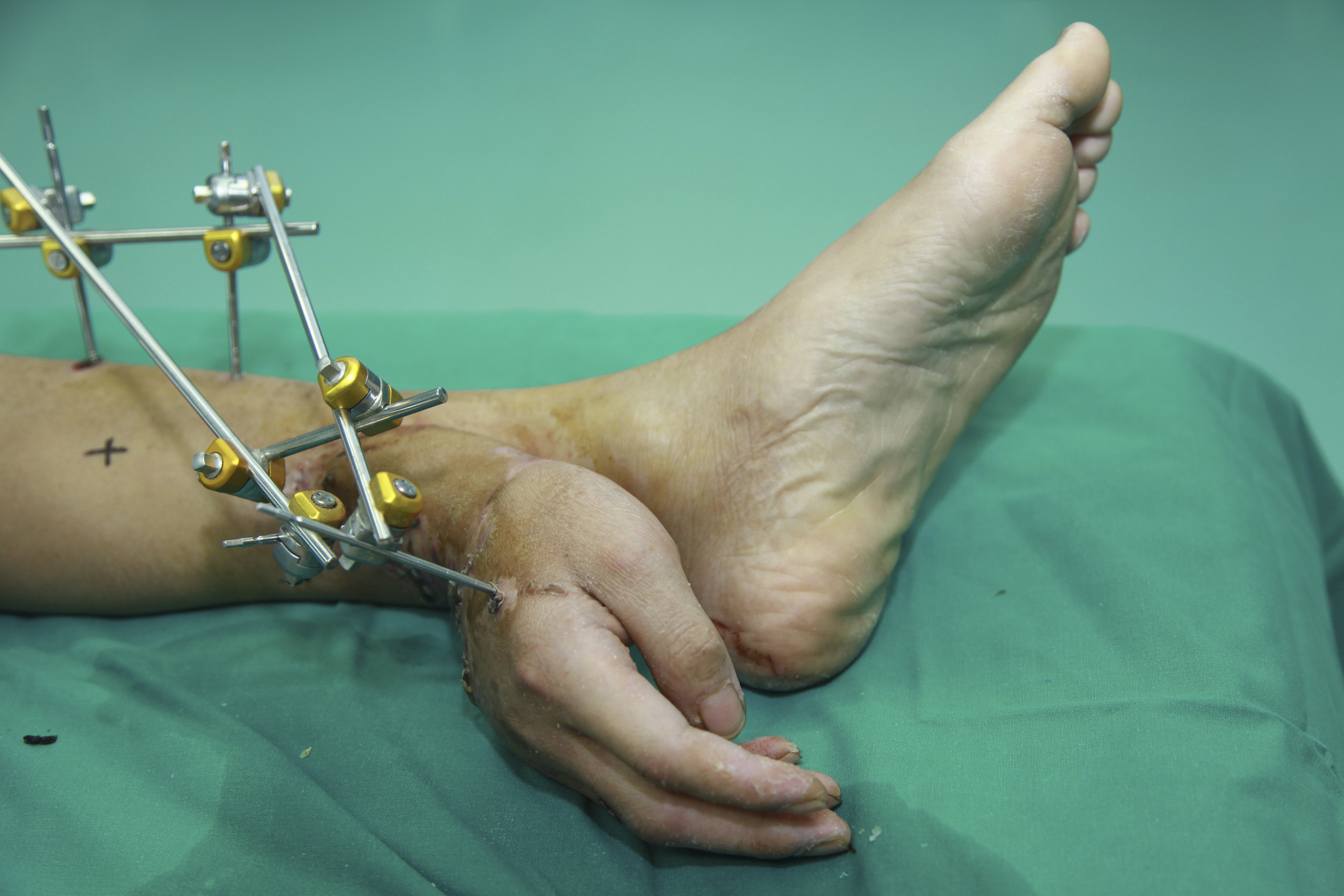 A Chinese man’s right hand was grafted to his leg in a rare procedure to save the limb.

The man, Xiao Wei, had his right hand severed in an accident while working at a factory. Reuters reports the hand was grafted to his leg for a month in order to perform reattachment surgery Dec. 4, 2013 at Xiangya Hospital in Changsha, Hunan province.

An image circulated by the hospital Dec. 4 shows the man’s hand attached to his ankle before his reattachment procedure.

“His injury was severe. Besides ripping injuries, his arm was also flattened. We had to clear and treat his injuries before taking on the hand reattachment surgery,” his doctor told photo agency Rex Features.

Wei added that he would be receiving another surgery in six months, but still may not regain full use of his hand.

Earlier this year, doctors grew a new nose under the skin of a man’s forehead to allow it to get blood before transplantation.


"The Chinese are pretty experienced in microsurgery,” Ciaran Healy, a plastic surgeon at the Royal College of Surgeons in England, said to the BBC. "And the concept of saving a severed part of the body by attaching it to another part of the body to give it a blood supply is well recognized.